After World War II, more and more women joined the work force permanently. Societal attitudes changed rapidly, and women demanded to be treated as full equals with men. The Equal Rights Amendment, written by a suffrage leader in 1923, was finally passed by Congress in 1972, but was not ratified and died in 1982.

The women’s rights movement took on the name “feminism” during the 1960s. The National Organization for Women (NOW) was founded in 1966 to promote women’s equality issues. NOW’s first president, Betty Friedan, published The Feminine Mystique in 1963. A highly influential book, it challenged the pervasive belief that women could find fulfillment only as wives, mothers, and homemakers. The feminist movement encountered a strong opposition, similar to that of the women’s movement of the mid-19th century, which brought out fears of radical social upheaval and gender role reversals.

Today, the women’s rights movement has gone international. While there are still hurdles to overcome in this country, they pale in comparison to what goes on in other parts of the world. U.S.-based organizations are working in many ways to improve the lives of women everywhere, from setting up schools for girls, to providing access to birth control, even bringing bicycles to Afghanistan to increase women’s mobility. 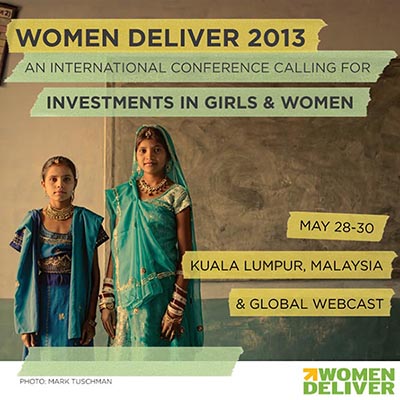 Women Deliver is a global advocacy organization bringing together voices from around the world to call for action to improve the health and well-being of girls and women.