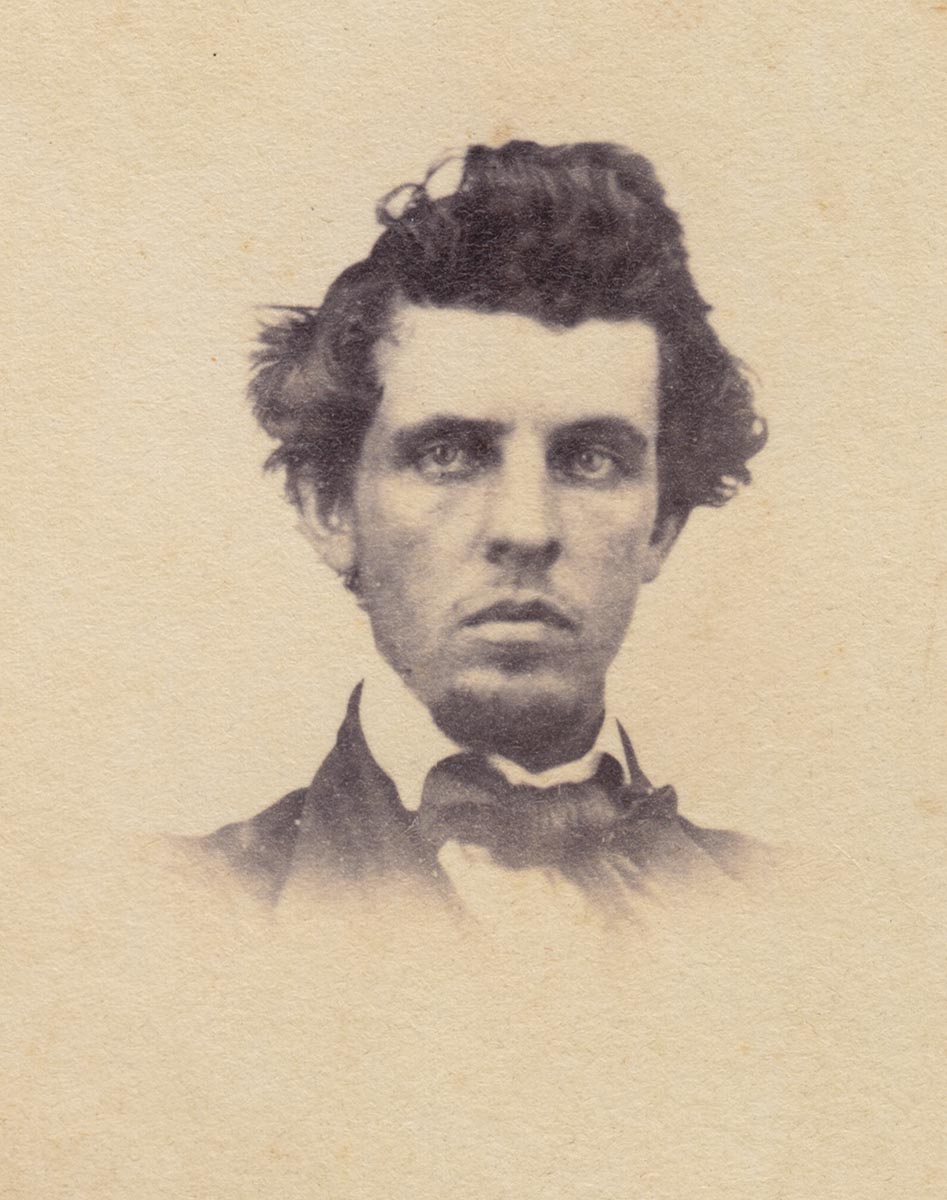 William Payne, circa 1861, from an album kept by his sister Charlotte “Lottie” Payne.
(Collection of Cornwall Historical Society)

William Payne was living at home with his parents and working as a house painter when the war started. He enlisted as a Sergeant with Company I of the 11th Connecticut Volunteer Infantry on October 16, 1861 and was promoted to Second Lieutenant on June 2, 1862. William’s younger brother Joseph enlisted with the 19th C.V.I. the following year and was killed at the Battle of Cold Harbor in 1864.

On October 21, 1864, William Payne received a disability discharge and returned home to Cornwall. He died on February 20, 1865 of a disease contracted during his service.