Brothers William and Henry Ford enlisted with Company D of the 11th C.V.I. together on October 4, 1861, signing up as Goshen residents. The Fords lived in Cornwall Hollow, next door to Philo C. Sedgwick, whose brother John Sedgwick was, at that time, Brigadier General of U.S. Volunteers in the Union army.

Henry Ford was only sixteen years old when he enlisted; he lied about his age in order to join the army. He contracted typhoid fever en route to Virginia and died at sea on January 16, 1862. Henry’s brother William was with him when he died and was present for his burial at sea the following day. William died almost two years later, on December 9, 1863, of a hip infection at age 24.

Rachel Ford received a mother’s pension from the military starting in 1862. Her husband was physically infirm, suffering from a lung disease, and the couple had depended on their sons to provide for them. 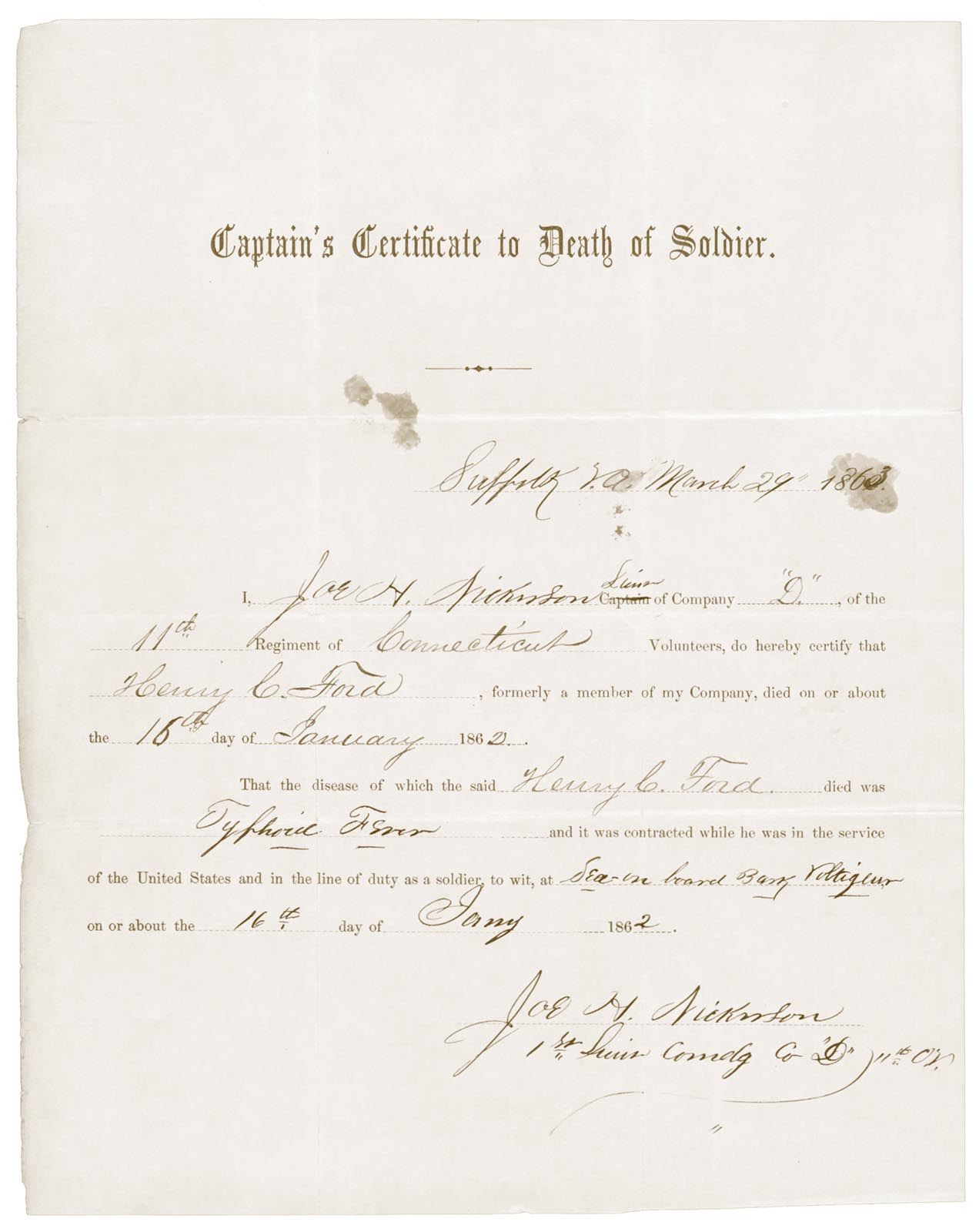 Certificate of Death for Henry C. Ford, 1862.
(Courtesy of National Archives and Fold3.com)