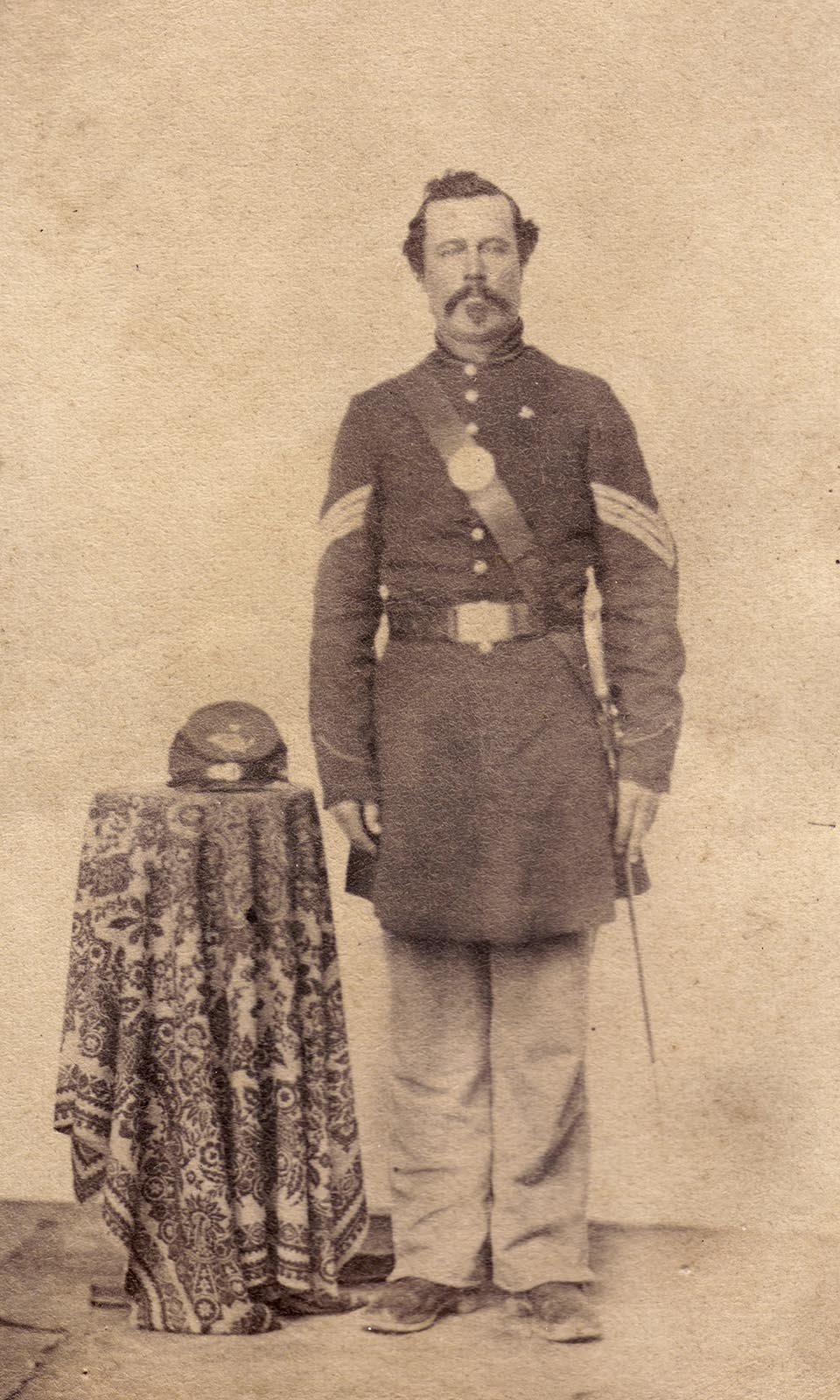 Silas Palmer, circa 1863.
(Collection of the Cornwall Historical Society)

Silas Palmer was a master carpenter whose family owned sawmills in Cornwall and specialized in carpentry and cabinetmaking. Palmer was married and had a son, Edgar, who was born in 1850. Palmer’s older brother, Ozias, and his family lived next door. His wife’s nephew, Charles E. Dibble, also served during the war.

Palmer’s wife, Charlotte (Nickerson) Palmer, died on March 12, 1861. Their son was sent to live with relatives, and Silas eventually joined the military. Palmer enlisted as a Sergeant with Company G of the 19th Connecticut Volunteer Infantry (later the 2nd Heavy Artillery) on August 4, 1862. He was promoted to Quarter Master Sergeant with Company M. Palmer was wounded in the finger at the Battle of Cold Harbor on June 1, 1864. He recovered from his injury and remained with the regiment until mustering out on May 12, 1865.

After the war, Palmer moved to Norfolk, where he found work as a teacher and as a carpenter, and eventually remarried.