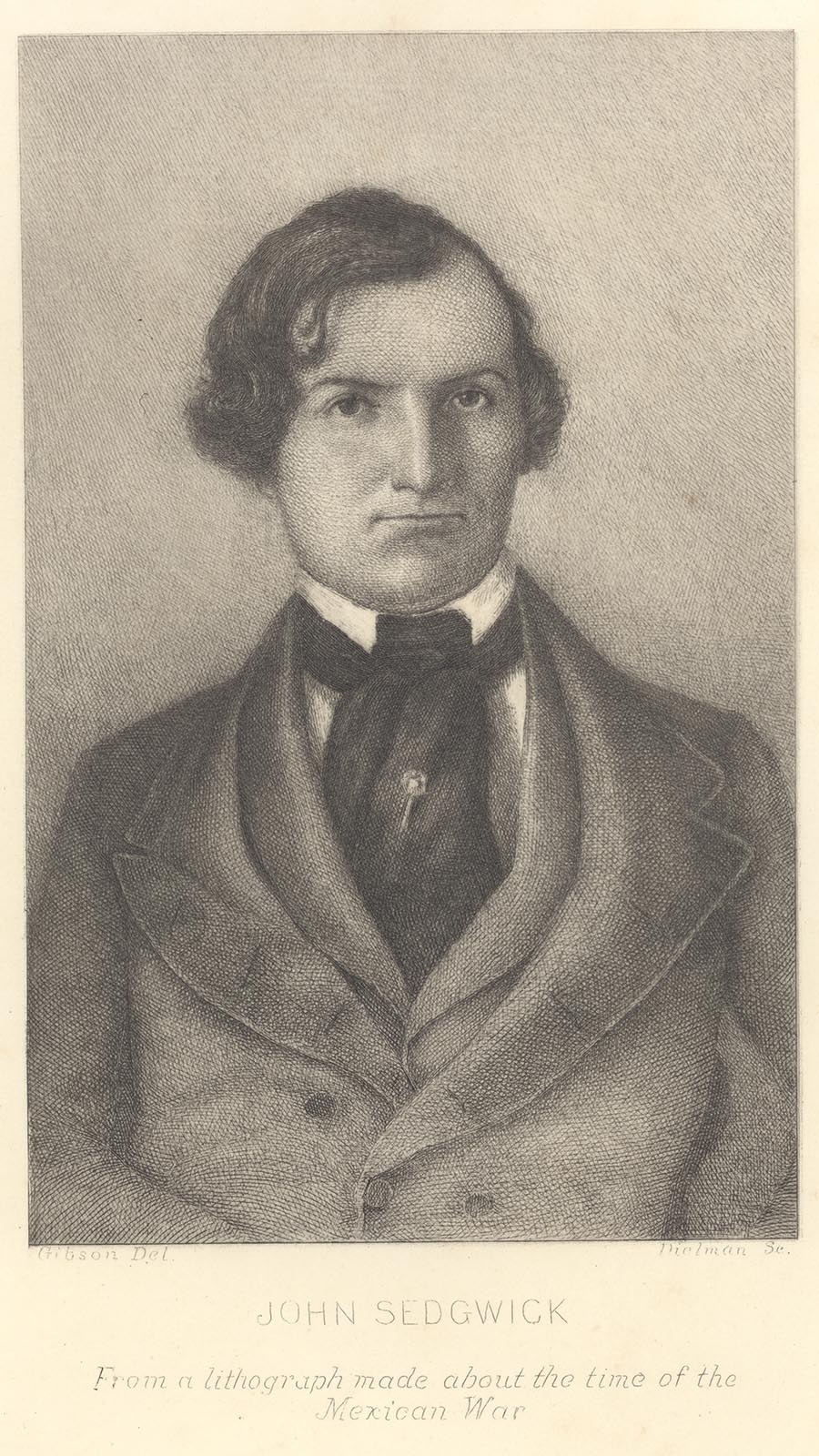 Sedgwick graduated from the U.S. Military Academy at West Point in 1837, ranking 24th in a class of 50 cadets. He immediately entered into active duty as a Second Lieutenant of Artillery. Sedgwick’s career during the decades leading up to the Civil War was similar to those of other military leaders for both the Union and Confederate Armies. His experience with warfare came largely from hostilities with Native Americans and action in the Mexican War.

Sedgwick fought in all of the battles of the Mexican War, distinguishing himself during the siege of the fortress at Chapultepec on September 13, 1847. Less than a month earlier, he had earned a promotion to Brevet Captain for his gallant and meritorious conduct in the Battles of Contreras and Churubusco.

You will not think me vain or egotistic when I tell you that I have been flatteringly noticed by General Worth for my conduct at Molino del Rey and on the 13th, all of which you may see in time.

In forcing our way from Chapultepec I was engaged in demolishing buildings to form a passage for our troops; Sedgwick came with orders from Worth to move them around by the street. I replied that none could live in the face of the batteries that swept that street. Sedgwick coolly rode to the centre of the street, amid the hail of shot and shell, raised his glass and viewed the batteries; returning, said: “You are correct, Colonel; go on your own way.”