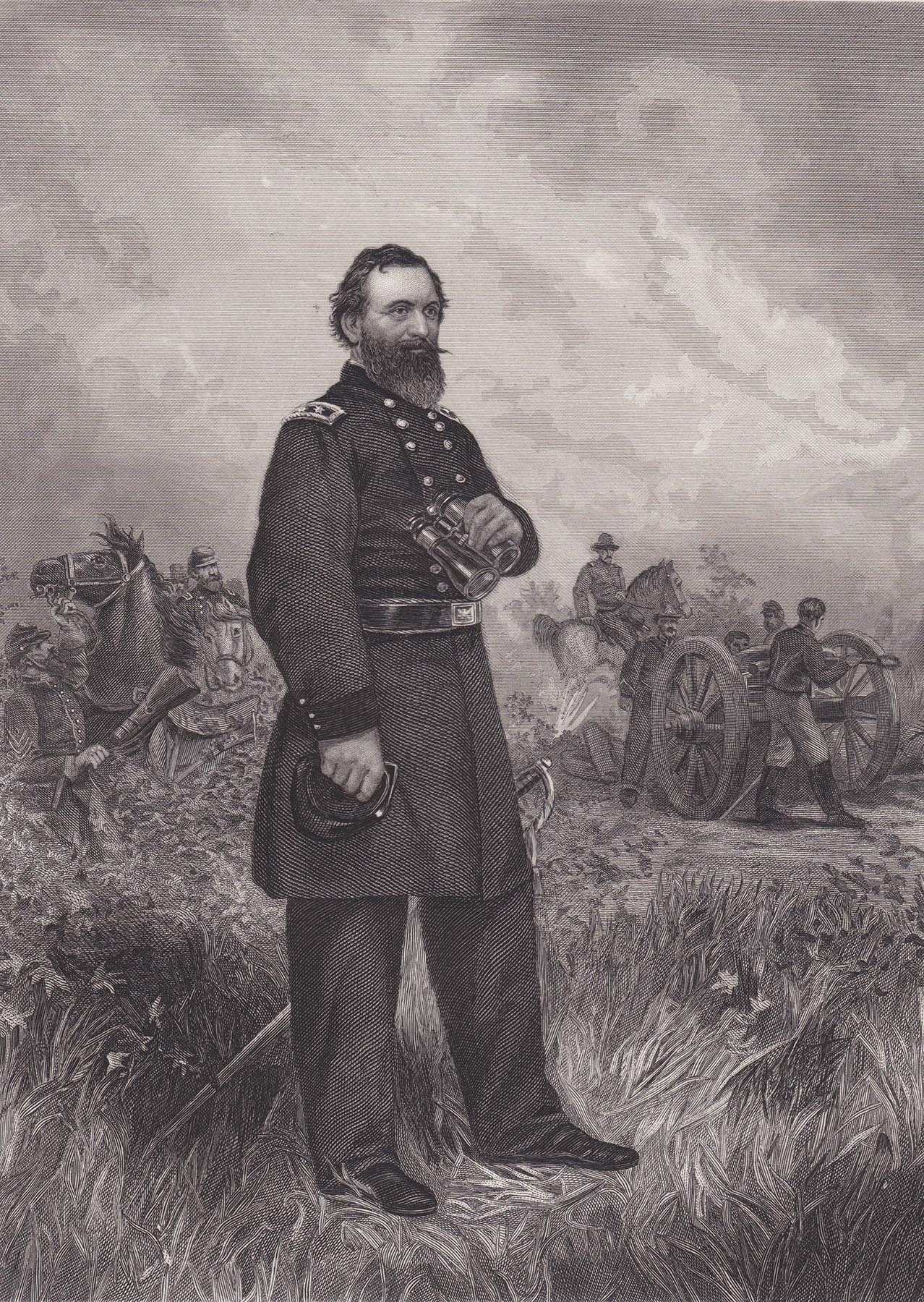 Sedgwick’s plan to return home and retire was placed on hold when the Civil War began. Sedgwick felt honor bound to defend the Union. A letter he wrote to his sister Emily on January 18, 1861, three months before the war started, revealed not only his loyalty to the Union, but also the symbolic importance of the Union to him:

But great and terrible events seem to have transpired since you wrote. I trust they are greatly exaggerated, and that a remedy will be found to forge the links of the Union stronger than ever. All other evils compared with disunion are light, cemented as the Union is with so much blood and treasure.

Sedgwick was promoted to Lieutenant Colonel on March 16, 1861 and was assigned to Washington, D.C. in June, where he was placed in charge of troop inspections. Sedgwick was promoted on August 31, 1861 to Brigadier General of the U.S. Volunteers, overseeing the 8th Brigade at Camp Sacket, near Alexandria, Virginia. On October 31, 1861, Sedgwick was placed in command of the 2nd Brigade of Major General Samuel Heintzelman’s Division, Army of the Potomac, which was quickly nicknamed Sedgwick’s Brigade.

Sedgwick was placed in command of the 2nd Division, II Corps, Army of the Potomac on March 13, 1862, leading them during the Battle of Yorktown and the Peninsula Campaign from April through July, 1862. During the Battle of Frayser’s Farm (Glendale) on June 30, 1862, Sedgwick was shot in the arm and leg. The battle ended at nightfall; Sedgwick led his men on an all-night march, finally joining the main body of the Union army after dawn, where his division was able to take a much-needed break. 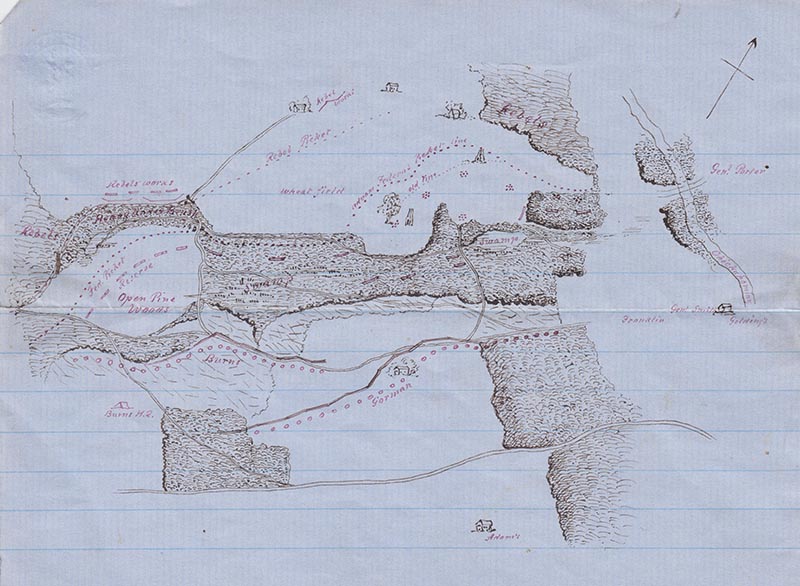 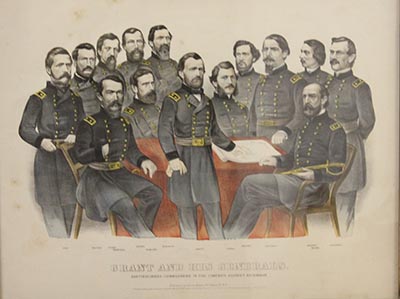 Currier and Ives, Grant and His Generals, c. 1864.
Sedgwick stands just behind General Grant, who is in the center.
(Collection of Cornwall Historical Society)

Sedgwick was promoted to Major General on July 4, 1862. As the summer wore on, he became disheartened about the Union’s chances for success. On September 4, stationed near Washington, D.C., Sedgwick wrote to his sister:

The army are now around Washington, occupying nearly the same positions they did last winter. The enemy have outgeneralled us. Their hearts are in the cause; our men are perfectly indifferent, think of nothing but marauding and plundering, and the officers are worse than the men. The few officers that are disposed to do their duty, from a sense of doing it, are so outnumbered by the vicious that they can do but little. You cannot imagine how perfectly shameless people who are decent when at home become out here. Governors of States, instead of filling up the old regiments, some of which are reduced to two hundred and two hundred and fifty men, organize new regiments for the patronage it gives, and make the most shameless appointments. I am in despair of our seeing a termination of the war till some great change is made. On our part it has been a war of politicians; on theirs it has been one conducted by a despot and carried out by able Generals.

Sedgwick fought and was wounded at the Battle of Antietam on September 17, 1862. This time his wounds were severe enough to require a brief disability leave. Sedgwick returned home to Cornwall until the end of December.

Struck by a bullet in the leg, and again in the wrist, pale and dripping with his own blood, he rode among his soldiers, while the hurricane of fire and death devoured them, and his mighty will strove to reform his melting columns and hold the enemy at bay; but in the midst a third shot struck him, and he was borne insensible from the field.

~ George William Curtis, describing Sedgwick’s injuries at the Battle of Antietam during his oration at the dedication of Sedgwick’s Statue at West Point, 1868

Soon after Sedgwick returned to service, he was placed in command of the VI Corps, and led them through the storming of Marye’s Heights above Fredericksburg (May 3, 1863), the Battle of Gettysburg (July 2-3, 1863), the Rapidan Campaign (September – December, 1863), and the Battle of the Wilderness (May 5-6, 1863).

When the Battle of Gettysburg began on July 1, 1863, Sedgwick and the VI Corps were at Manchester, Maryland, more than 30 miles from the battlefield in Pennsylvania. The VI Corps had marched some 63 miles in three days from Poolesville to Manchester, getting one day of rest on July 1. The order to march on to Gettysburg arrived that evening. Sedgwick immediately gathered up his troops, consisting of 36 infantry regiments, eight artillery batteries, and 15,697 soldiers. The column stretched ten miles and marched through the night, breaking into song as morning approached. They were permitted only a few brief breaks along the way, finally arriving at Gettysburg at 4 in the afternoon, following 17 hours of marching, exhausted and sore. Several brigades immediately went into action, while others were held in reserve. Sedgwick’s corps was divided up and spread out across the battlefield, leaving him with no troops to command. His aide, Captain R. F. Halsted, wrote to Emily Sedgwick that “the General himself said he thought he might as well go home.” By July 5, Sedgwick and his troops were on the march again, in pursuit of the fleeing Confederate army. 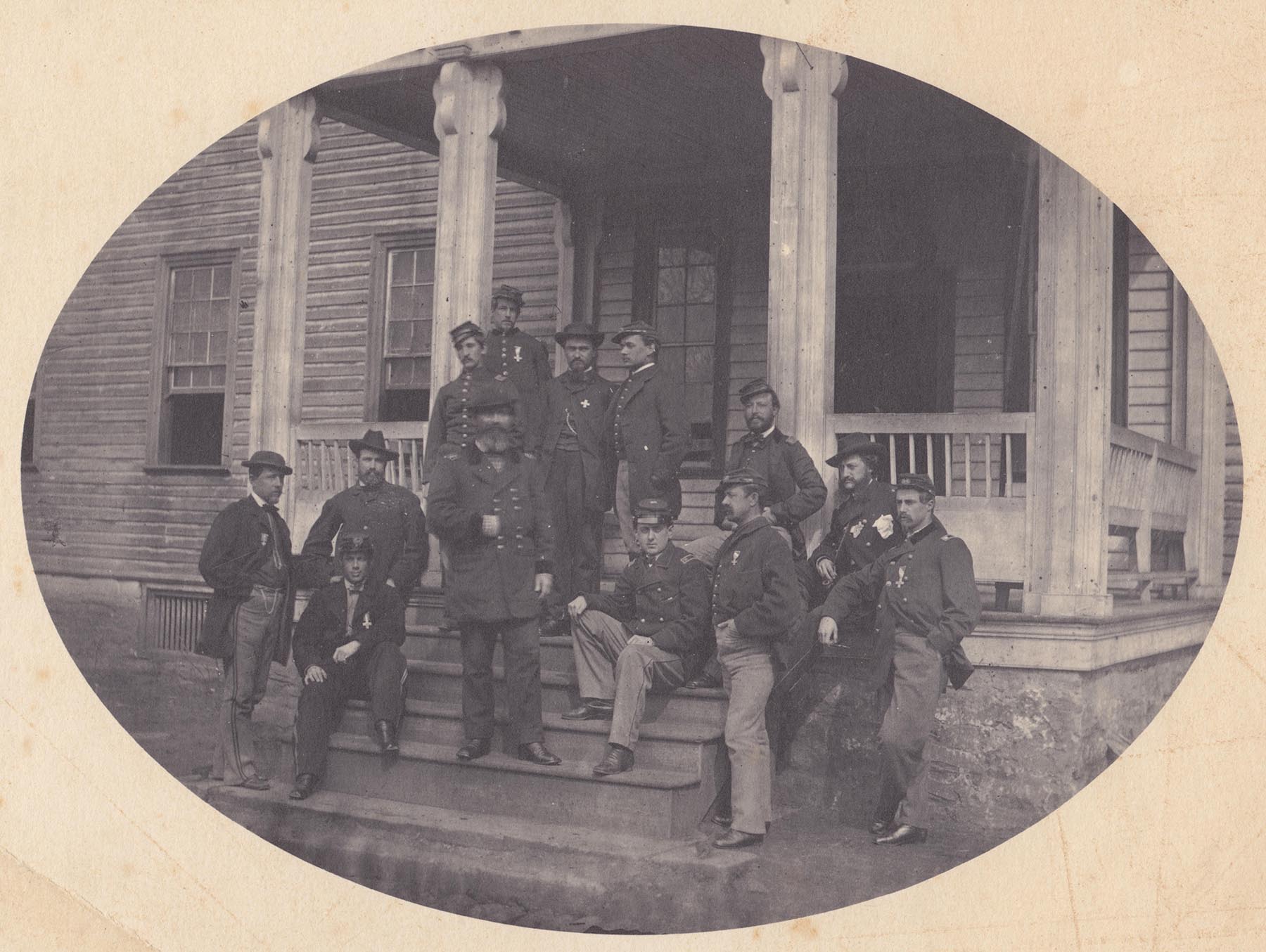 …I respectfully report that the physical condition of the men of this command is good, although a few days rest would be desirable, as many of the men have been marching barefoot, and need not only shoes but time to recover from blistered and sore feet. The condition of the animals, especially of the artillery horses, is not good. There has been no opportunity of shoeing them for several days and they have been almost constantly in harness. Shoes are now on hand, but no nails, and the horses are consequently not all shod. 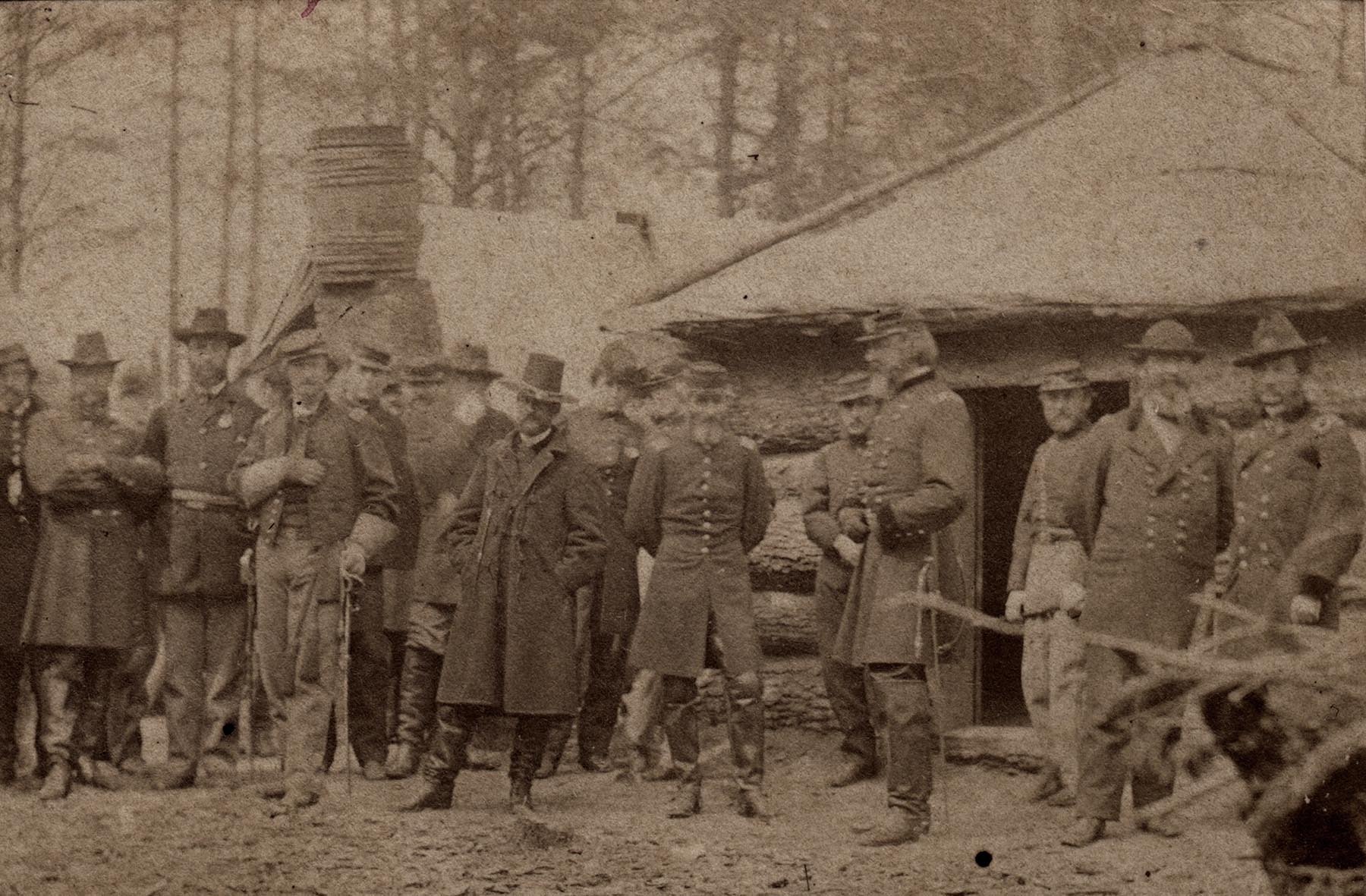 In January, 1864, Brigadier General George G. Meade, commander of the Army of the Potomac, developed pneumonia. Sedgwick served as his replacement for five weeks, but took no pleasure in the lofty position. On February 17, Sedgwick wrote to his sister Emily that Meade’s return “has relieved me from some anxiety and a daily ride of some miles, but, what I dislike still more, looking over papers, sometimes called ‘red-tapism.’” As in the past, Sedgwick longed for a break from the military. His letter to Emily continued, “A few weeks’ rest would be beneficial, and I could even leave altogether without many regrets.”