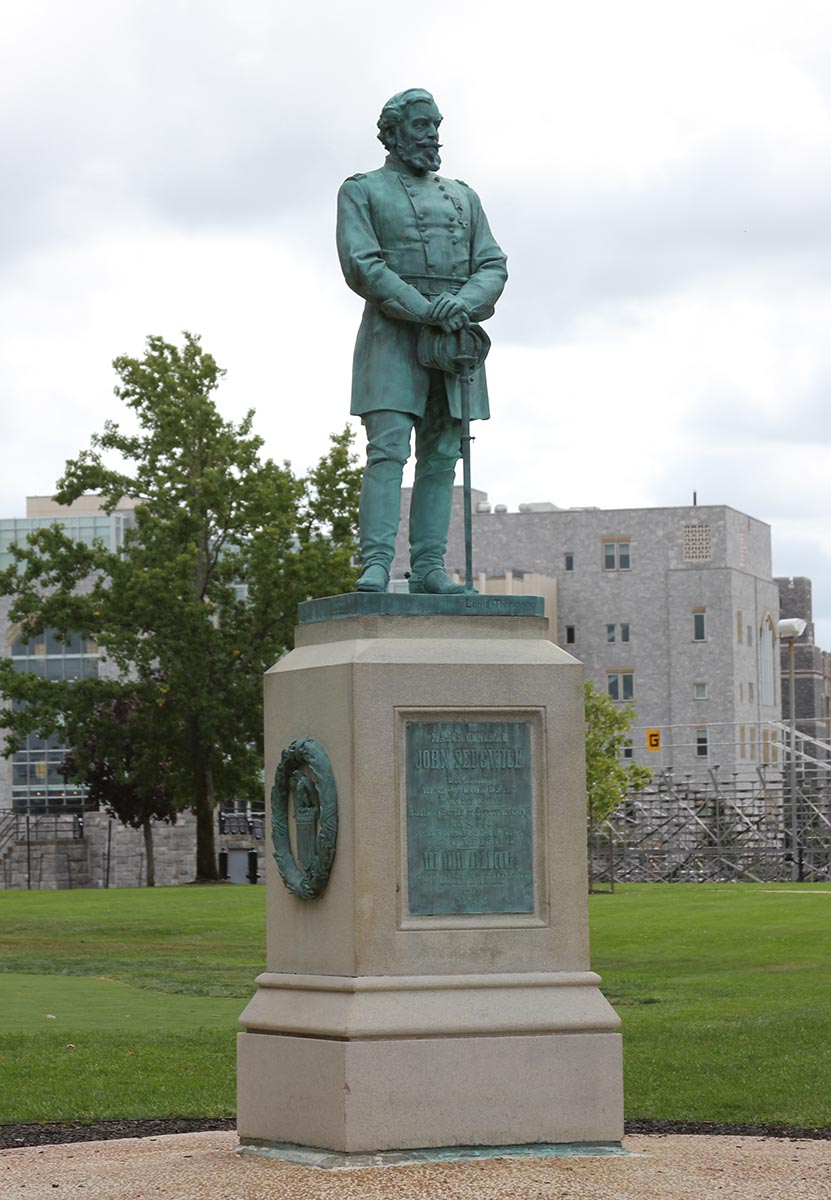 Sedgwick’s death was so deeply felt that the officers and men who knew him continued to gather for commemorations for more than half a century. The first statue of Sedgwick was erected at the U.S. Military Academy at West Point in 1868.

By the twentieth century, the Sedgwick statue at West Point had become the “guardian of the goats.” Any cadet in danger of failing a course can seek help from Major General Sedgwick by spinning the spurs on the statue’s boots.

A plaster cast of the statue’s bust is in the collection of the Cornwall Historical Society.

A monument to Sedgwick’s memory was placed at Spotsylvania Courthouse, at the site of Sedgwick’s death, by the members of the VI Corps on May 12, 1887. The monument was designed by John Ferguson of Philadelphia.

[After Sedgwick’s death] I will not soon forget the scene as I entered General Seth Williams’ tent. … As I entered with the blood still showing plainly, General Williams said one word, “Sedgwick.” I could not answer, nor was it necessary, for each one in the tent burst into tears and wept like children at a father’s death-bed. 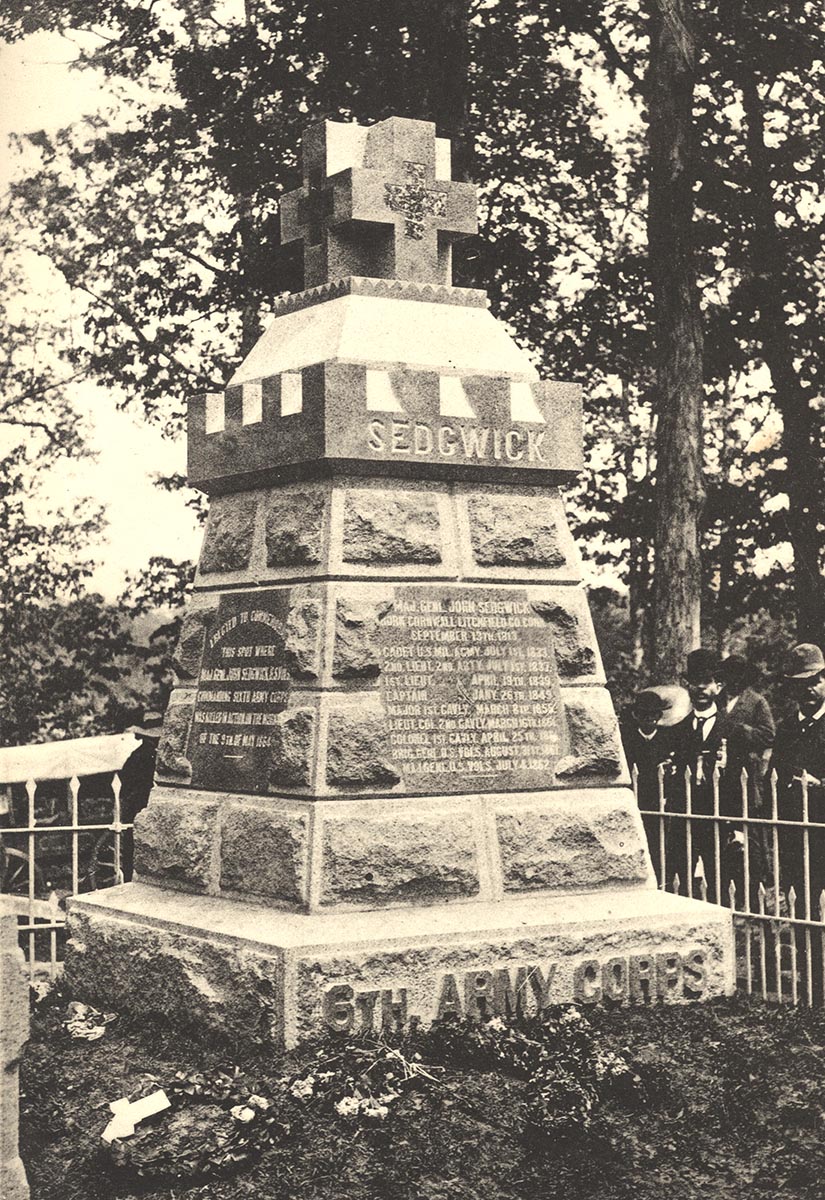 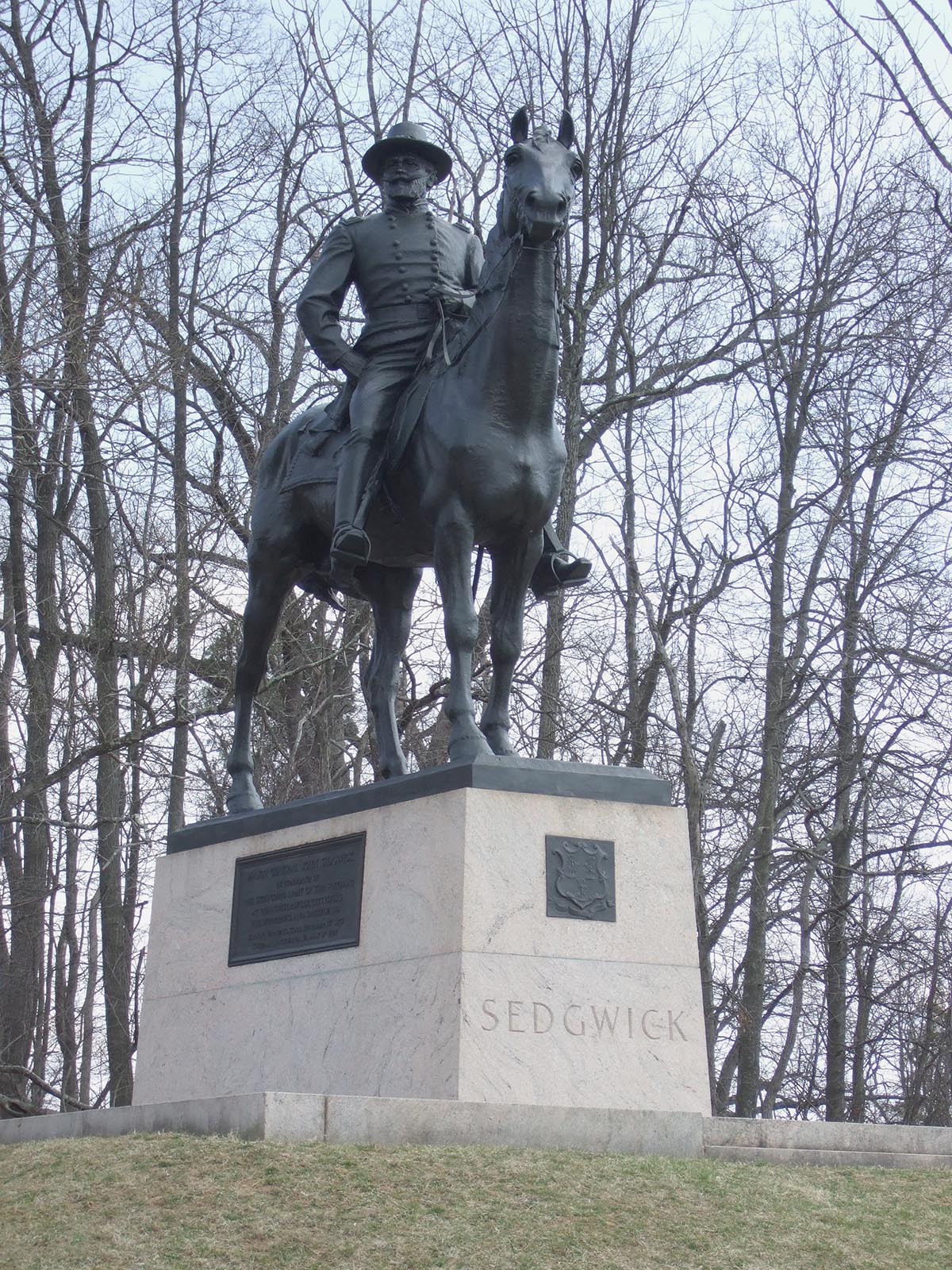 An equestrian statue of Sedgwick was erected by the State of Connecticut at Gettysburg in 1913. The horse was modeled after a photograph of “Handsome Joe,” Sedgwick’s horse, and the sword was a copy of the one he wore into battle (now in the collection of The Connecticut Historical Society).

A statue of Sedgwick was placed on the south elevation of the State Capitol at Hartford in 1929. Connecticut commissioned Berthold Nebel, a sculptor based in New York City, to create the statue for the Capitol. A plaster cast was positioned in the niche on the side of the building for final design approval in August, 1928. The final marble statue was installed in March, 1929. 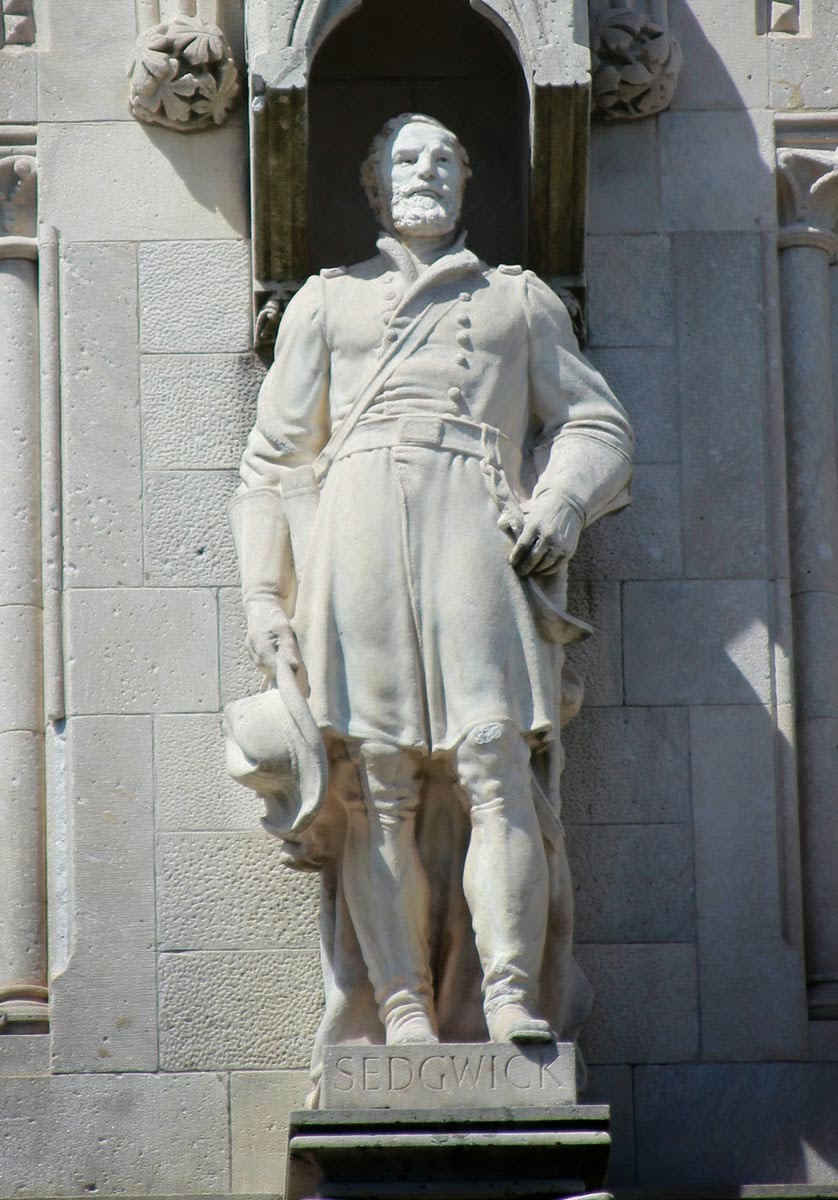 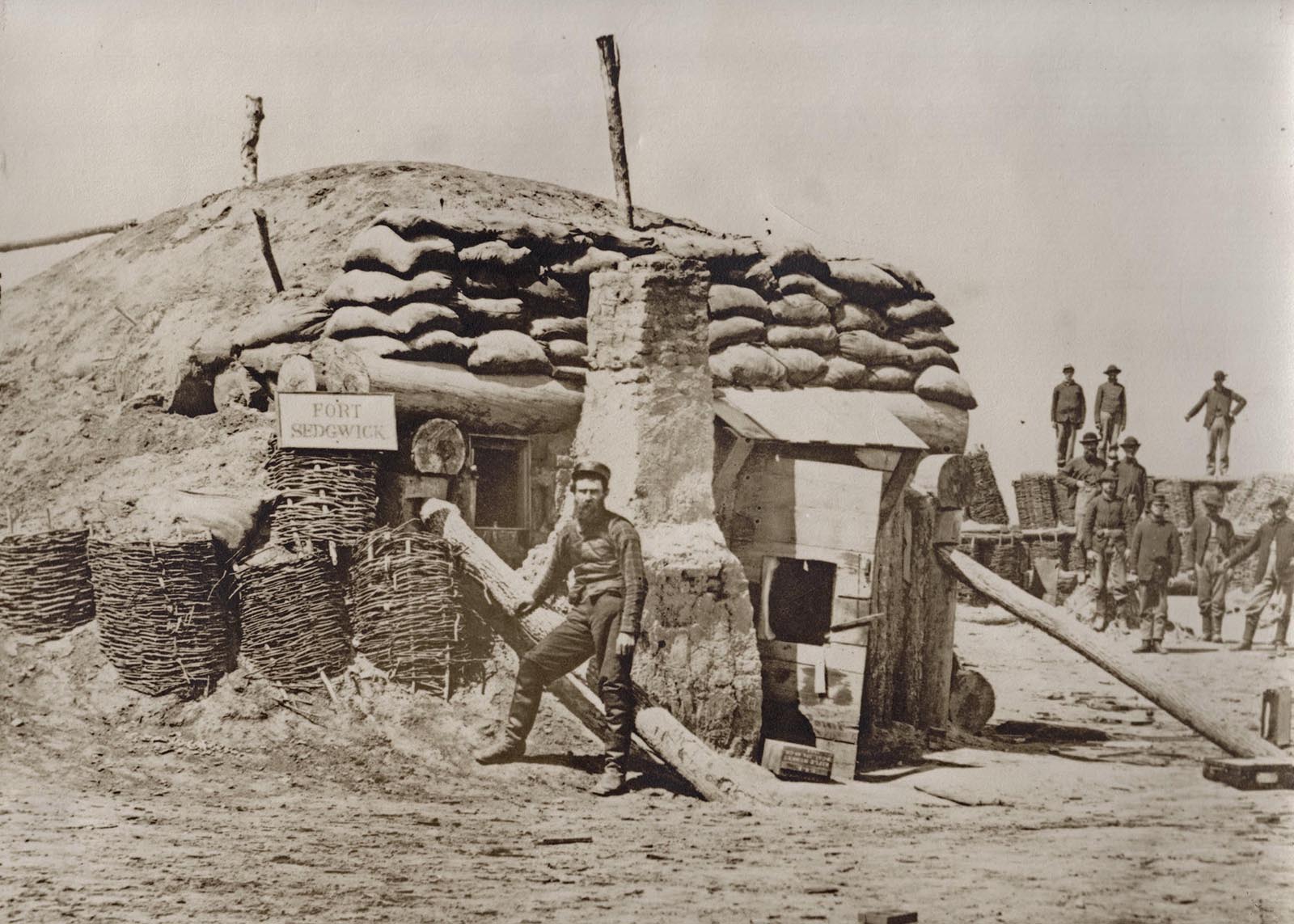 In addition to statues and monuments, Sedgwick was memorialized in name. The Union army constructed dozens of forts during the Siege of Petersburg, which lasted from June 1864 until April 1865. The fort closest to the Confederate line was named Fort Sedgwick. The fort was subjected to “a continuous storm of bullets” from the Confederates, quickly earning it the nickname, “Fort Hell.”

The remains of Fort Sedgwick were a tourist attraction from the 1920s until the 1960s. The historic site was replaced by a shopping mall in 1967.

A second Fort Sedgwick, formerly the U.S. Army Post at Julesburg Station, Colorado was named in 1865. The county in which it was located was also named after Sedgwick. Another Sedgwick County was established in Kansas in 1870. Both counties include towns named Sedgwick.