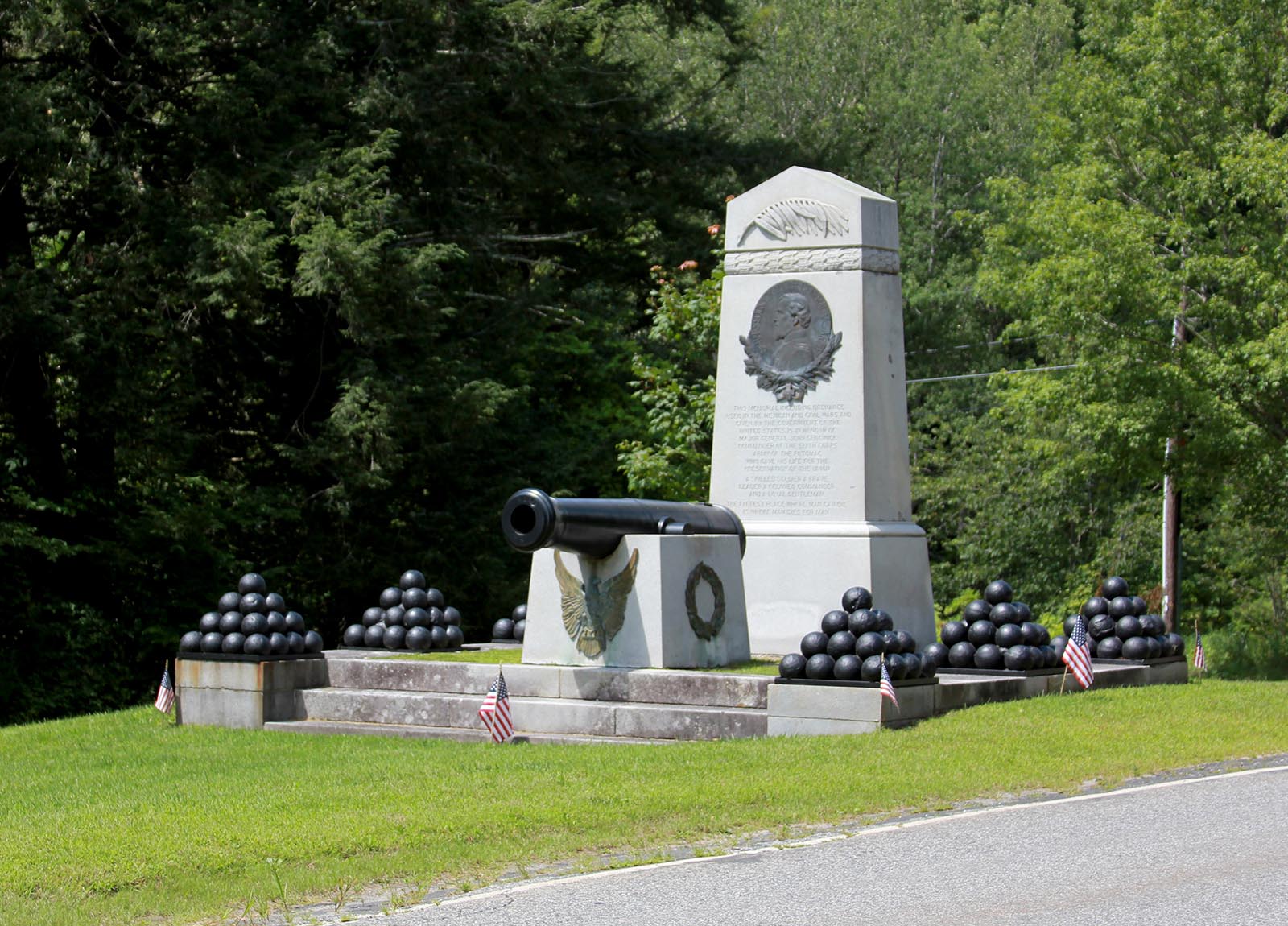 The Major General John Sedgwick Monument at Cornwall Hollow was dedicated on May 30, 1900. The ceremony was attended by an estimate 3,000 people. Cornwall’s residents helped pay for the monument, which was also funded by subscription from people throughout Connecticut. The monument includes a howitzer used by Sedgwick’s command during the Mexican War.

The monument is located on Route 43 at the corner of Lake Road.

The original cannonballs on the Sedgwick Monument were destroyed during a World War II scrap metal drive.

In 1989, vandals stole three of the monument’s bronze plaques and damaged a fourth. New plaques, based on photographs, were made by Cornwall resident Neil Estern. The monument was restored and rededicated in 1994. Honorary wreath bearers for the rededication were Harriet Clark and Bessie Blake, who attended the original dedication in 1900. 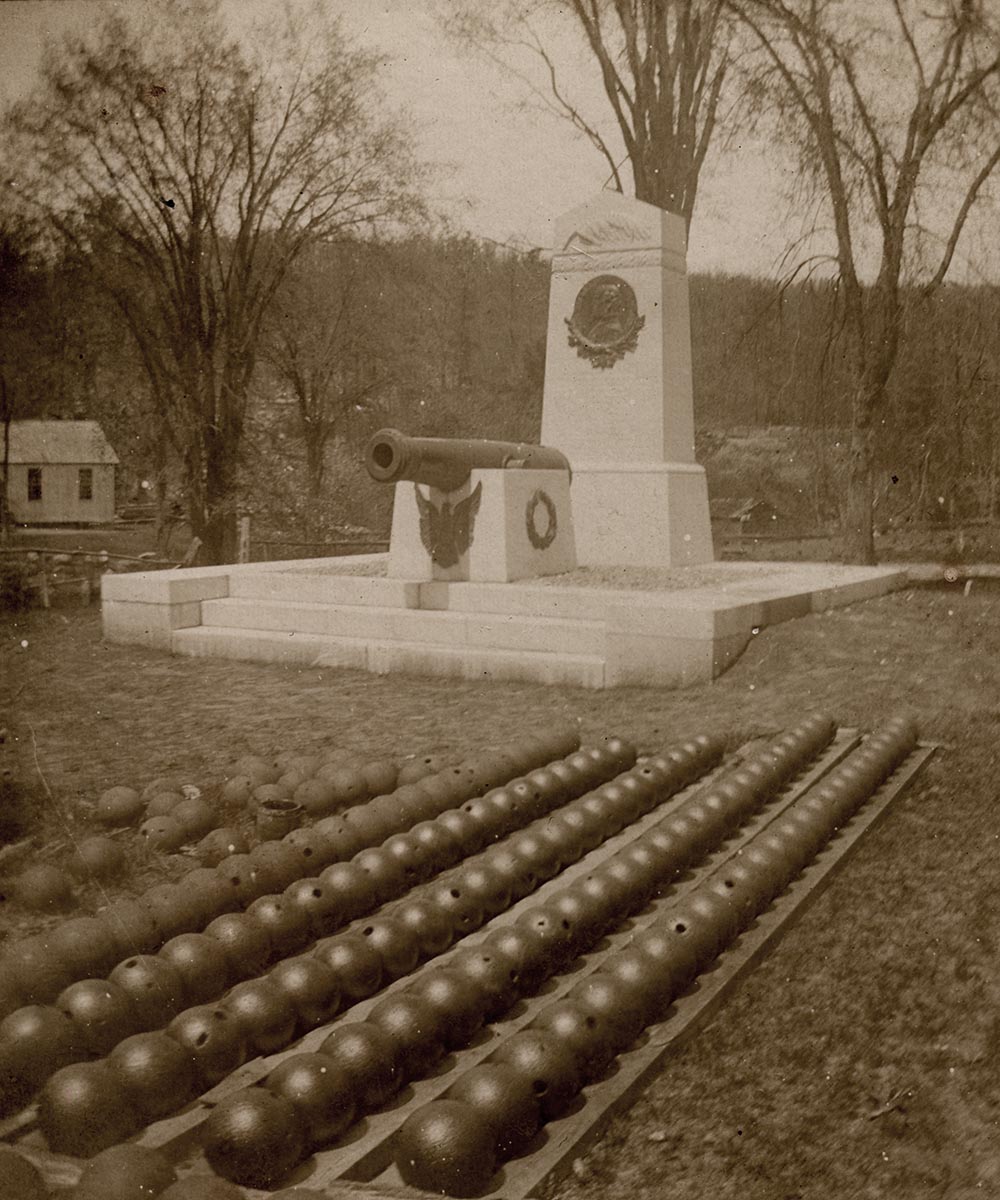 Cannonballs prepared for installation on the Sedgwick Monument, 1900.
(Collection of Cornwall Historical Society) 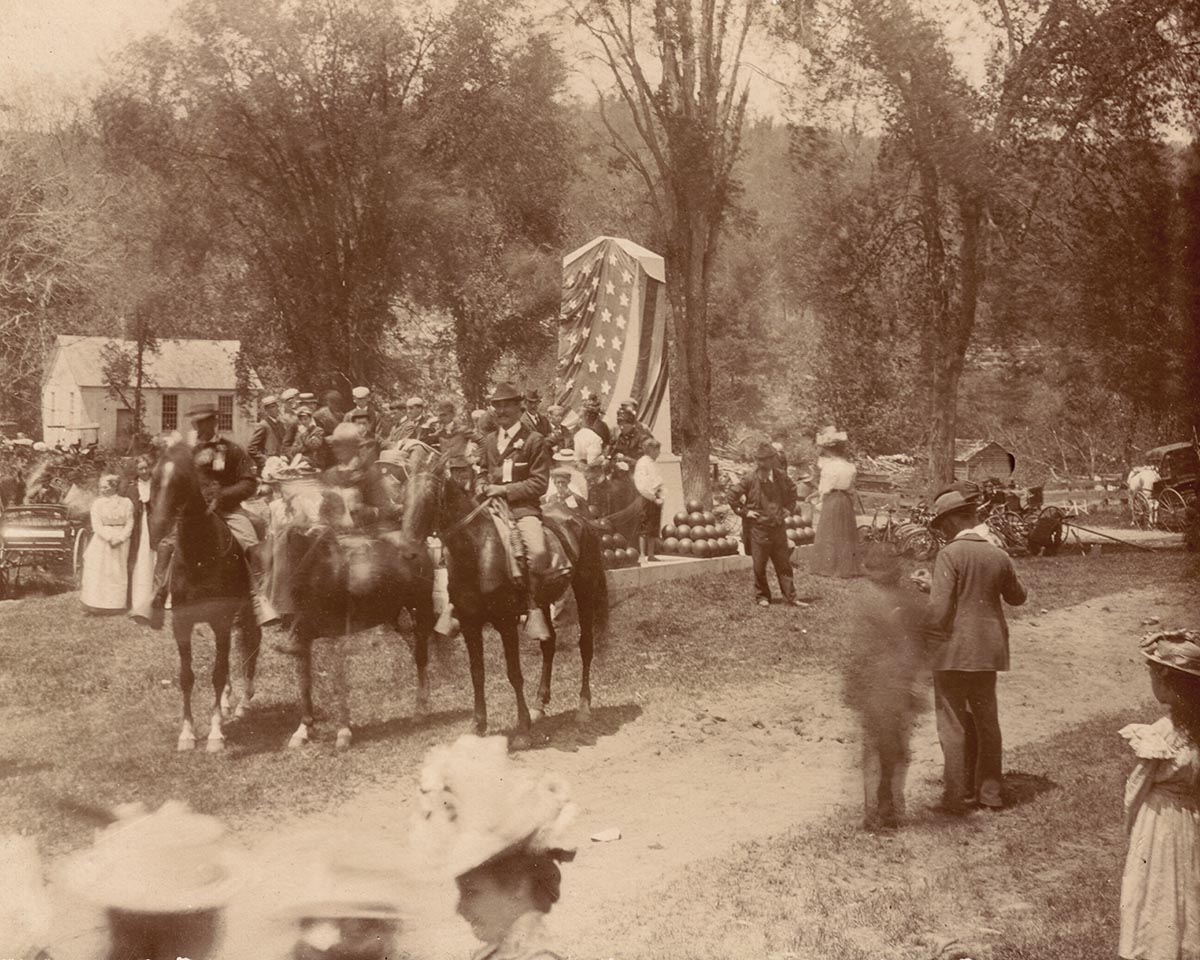 Color Guard at the dedication of the Sedgwick Monument, 1900.
(Collection of Cornwall Historical Society) 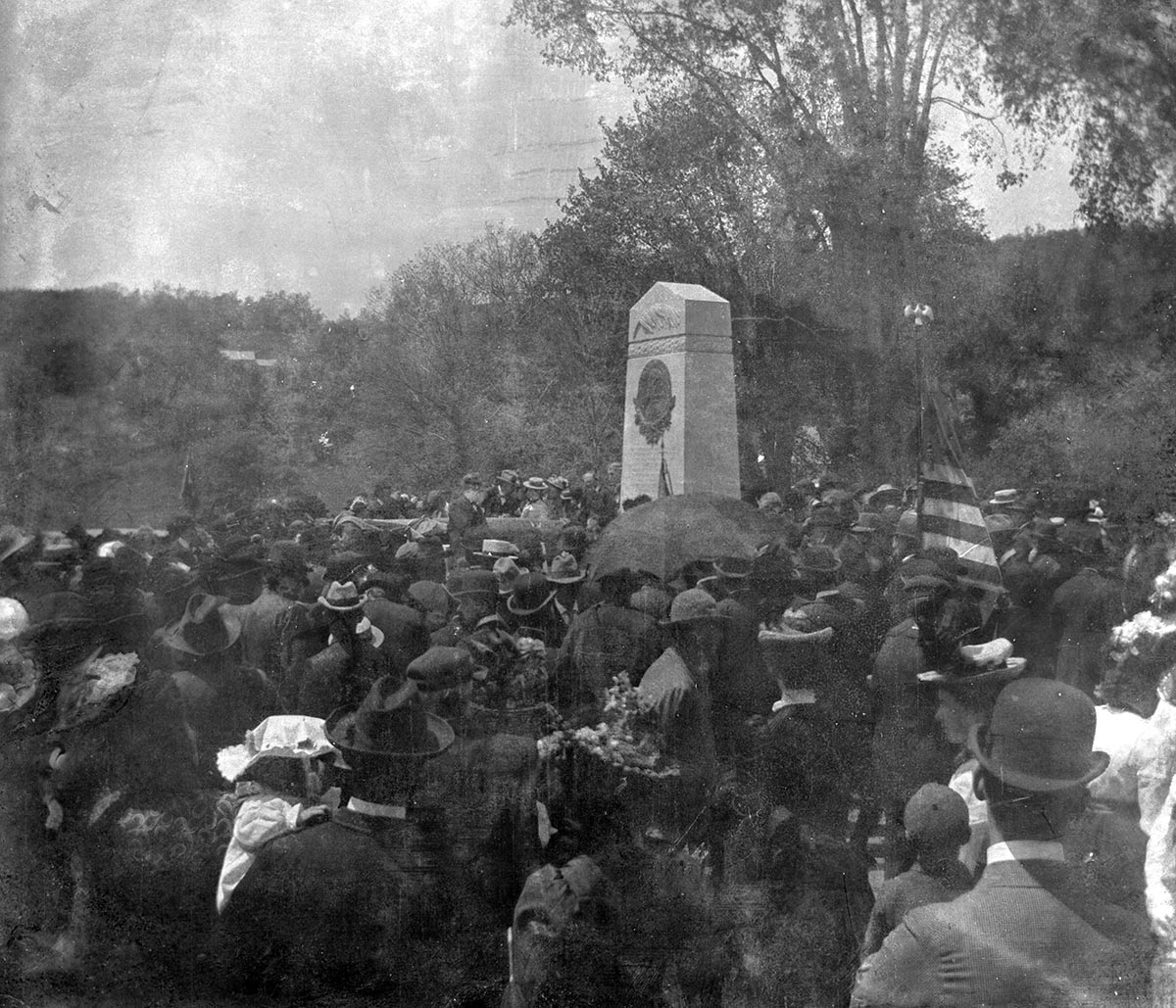 Crowd gathered at the dedication of the Sedgwick Monument, 1900.
(Collection of Cornwall Historical Society)