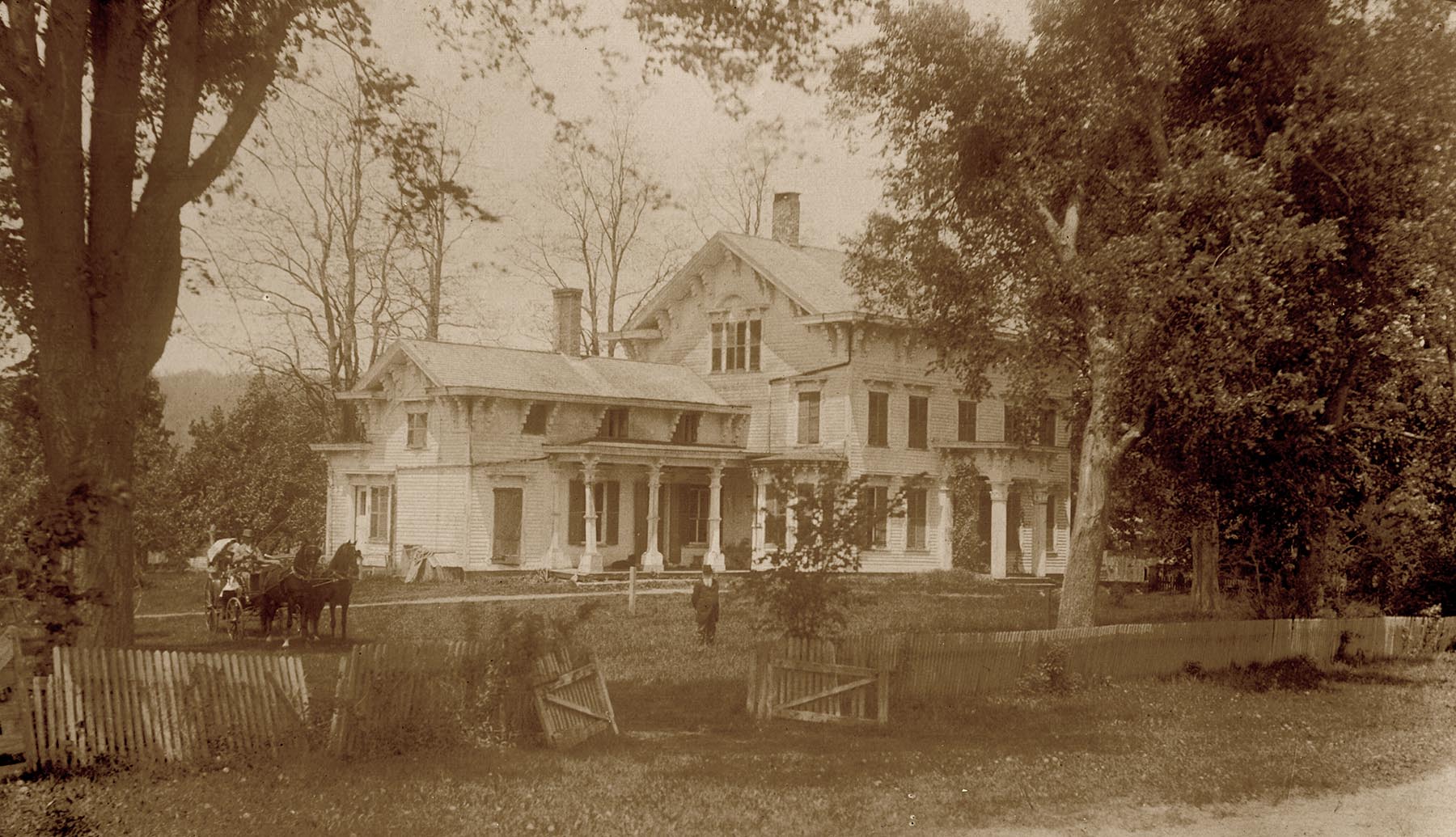 Sedgwick’s house at Cornwall Hollow burned down in 1858 and was rebuilt while he was away in the military. Sedgwick corresponded with his sister Emily during this time, trusting her to oversee the project, which was completed in 1860. Sedgwick had planned to retire to this house after the war, but he was able to spend only three months in it while he recovered from the wounds he received at the Battle of Antietam.

Although Sedgwick spent most of his adult life away from Cornwall, his thoughts were constantly with his family and home in Cornwall. Many of the letters he wrote to his sister were privately published in 1902 in two volumes. The first volume is currently online at Rice University’s website. The second volume is available through archive.org and Google Books.

Some of the original letters are preserved in the archives of the Cornwall Historical Society. Comparing these letters with the 1902 publications reveals that the letters were edited, leaving out some of the more personal information. Much of this information pertained to Sedgwick’s interests in Cornwall.