Ruth Maxon Adams studied interior decorating and drafting at the New York School of Applied Design for Women in 1910; at the time, very few schools of architecture would admit women, limiting the choices for someone like Ruth. She opened an interior furnishing firm in 1915, and soon began designing entire homes, not just the furnishings. Much of her work was done at her alma mater, Vassar College.

In Cornwall, Ruth designed nine houses for Yelping Hill, beginning in 1921. At Yelping Hill, she designed the community residences—each house was designed without a kitchen, freeing the wives from traditional domestic duties, while strengthening community bonds by coming together for meals in a communal dining room. In more recent years, the concept has been embraced by scholars as an example of feminist architectural design. 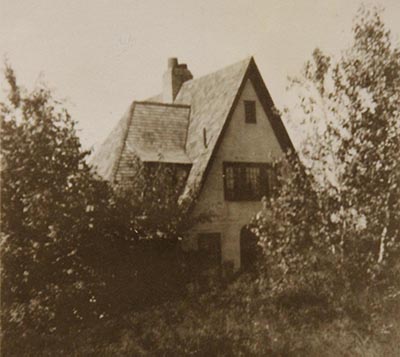