Ruth Farwell grew up in West Cornwall, the niece of merchant George Cochrane. After the war, she became an artist, painting scenes of Cornwall.

Ruth worked as a hospital aide in Massachusetts before enlisting in the Medical WACS in 1944. After the war ended, she was stationed in Atlantic City, where she did occupational therapy work with wounded veterans for a year. 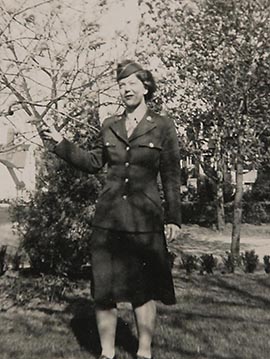