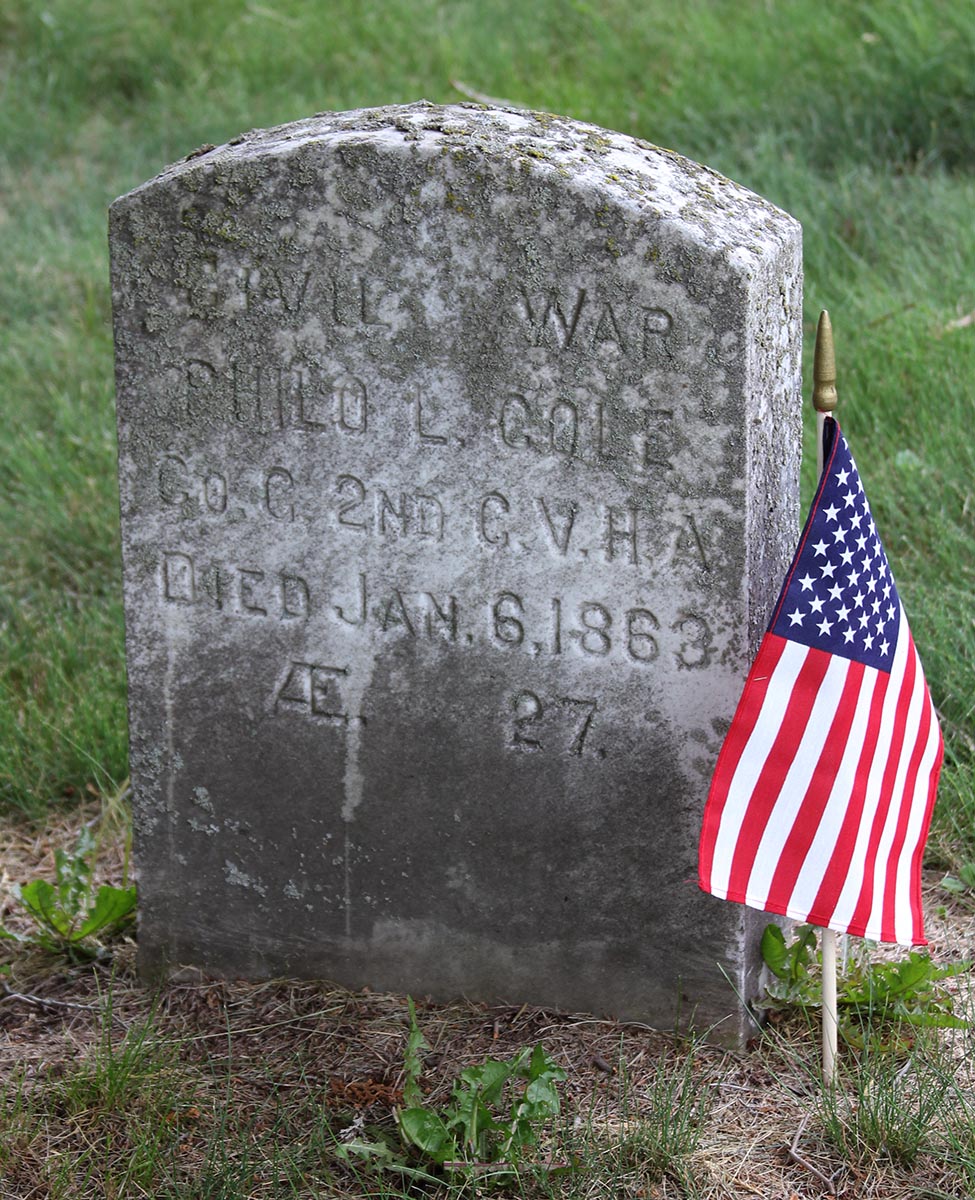 Philo Cole was the son of a Cornwall farmer. His mother, Lydia (Barnum) Cole, died in 1848. His father, Martin Cole, remarried soon after, but died in 1853. Like his father, Philo was a farmer.

Cole enlisted with Company G of the 19th C.V.I. (later the 2nd Heavy Artillery) on August 19, 1862. He died of measles in the Regimental Hospital at Alexandria, Virginia on January 6, 1863. Cole was survived by his wife, Emma L. (Strickland) Cole, who lived in Sharon.