“I grew up in a community where we sang the old songs … My childhood was rich with people making their own music.  There were square dances at Hart’s barn, and families and friends gathered to sing and play. Twins Pat and Biddy Bierce played mandolin together. Their sister-in-law Sylvia Bierce played organ and directed the choir for the Second Congregational Church. I loved singing in that choir, loved the choir rehearsals at the Bierce’s little house.  Lots of playground singing games too … The unemotional delivery of Oscar Degreenia’s unaccompanied ballad singing, the soaring voice of Comfort Starr’s fiddle, and the cheerful pluck of Pat and Biddy Bierce’s mandolins were all part of the musical soundtrack of my childhood.”  – Lorraine Hammond 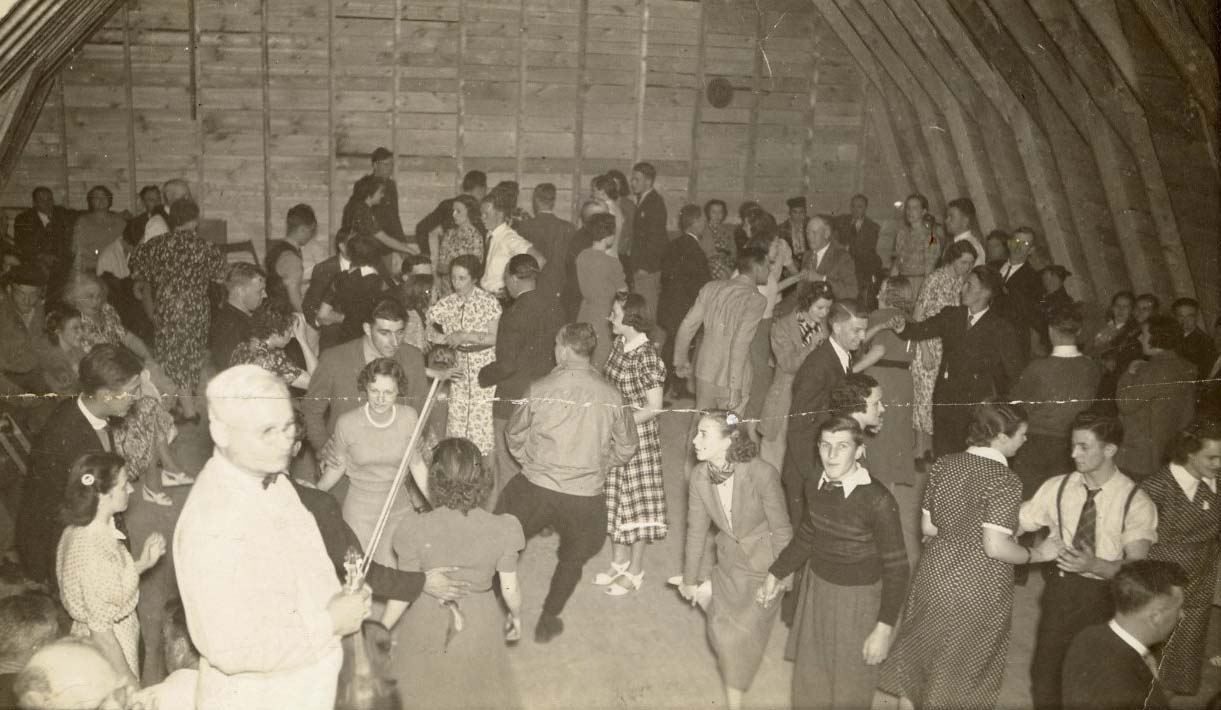 Cornwall has long been known for its writers, artists, and famous seasonal residents and visitors. But from its founding, Cornwall has been built on a bedrock of people whose main source of livelihood was the sweat of their brows and the skills of their hands. They formed, and continue to form a rural working community. Music has been a central element of the continuity within that community.

Ballads and Barn Dances: Cornwall’s Homegrown Music documented how Cornwall has kept its local music alive over the past century. Many of the photos, instruments, and memorabilia presented in the exhibit reflected the stories of Lorraine Choiniere Hammond, nationally-known folksinger, teacher, and songwriter who grew up in Cornwall amid its ballad singing, fiddle playing, and square dances — some even in the covered bridge!