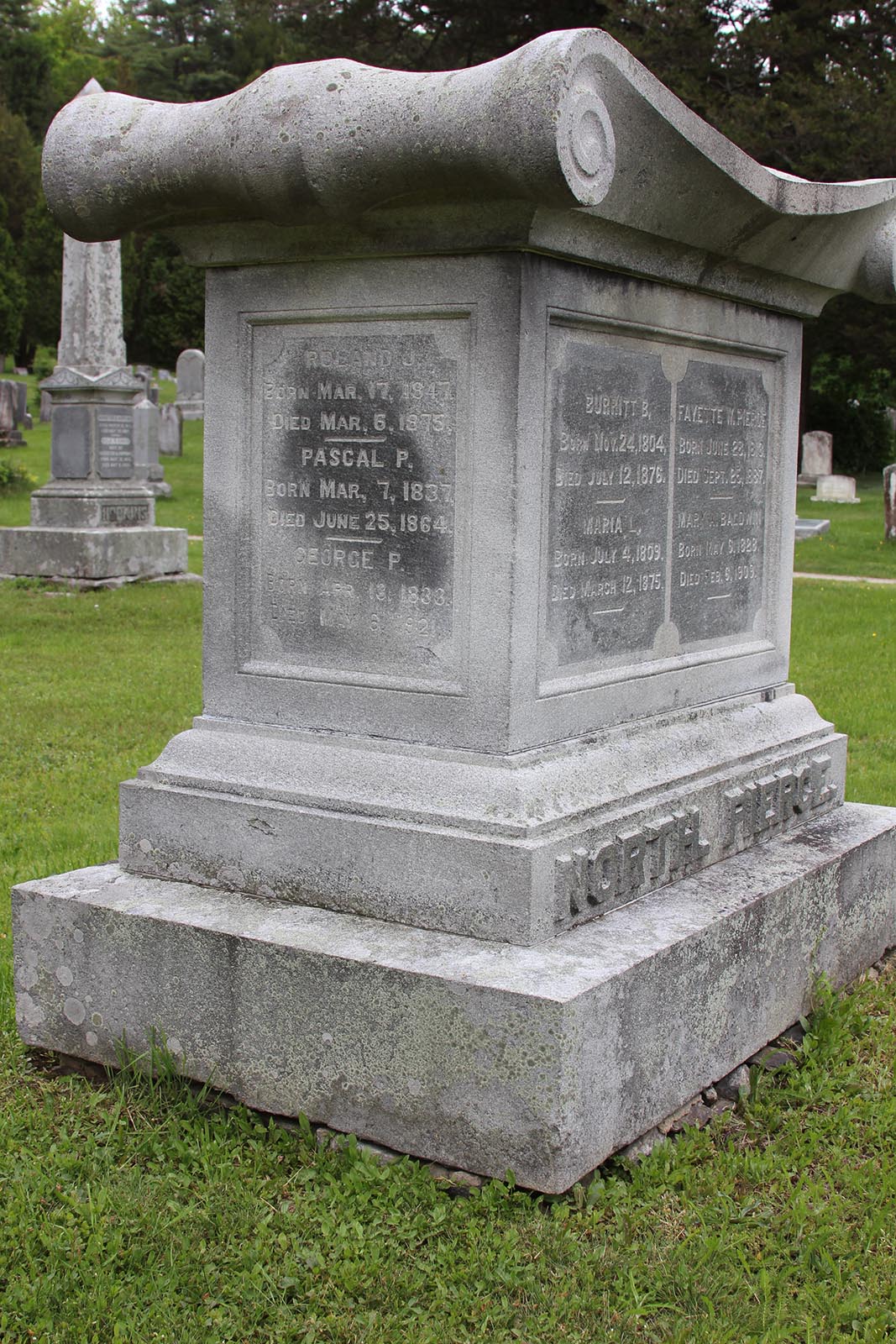 Pascal North was the son of Cornwall physician Burritt B. North. His brother, Dr. William B. North, also served during the war. North enlisted with Company G of the 2nd Heavy Artillery on December 16, 1863. He died of acute dysentery in the Lincoln Hospital at Washington, D.C. on June 25, 1864. North was survived by his wife, Julia C. (Pierce) North, and daughter Alice, who was five years old. Julia collected a widow’s pension until her death in 1896.