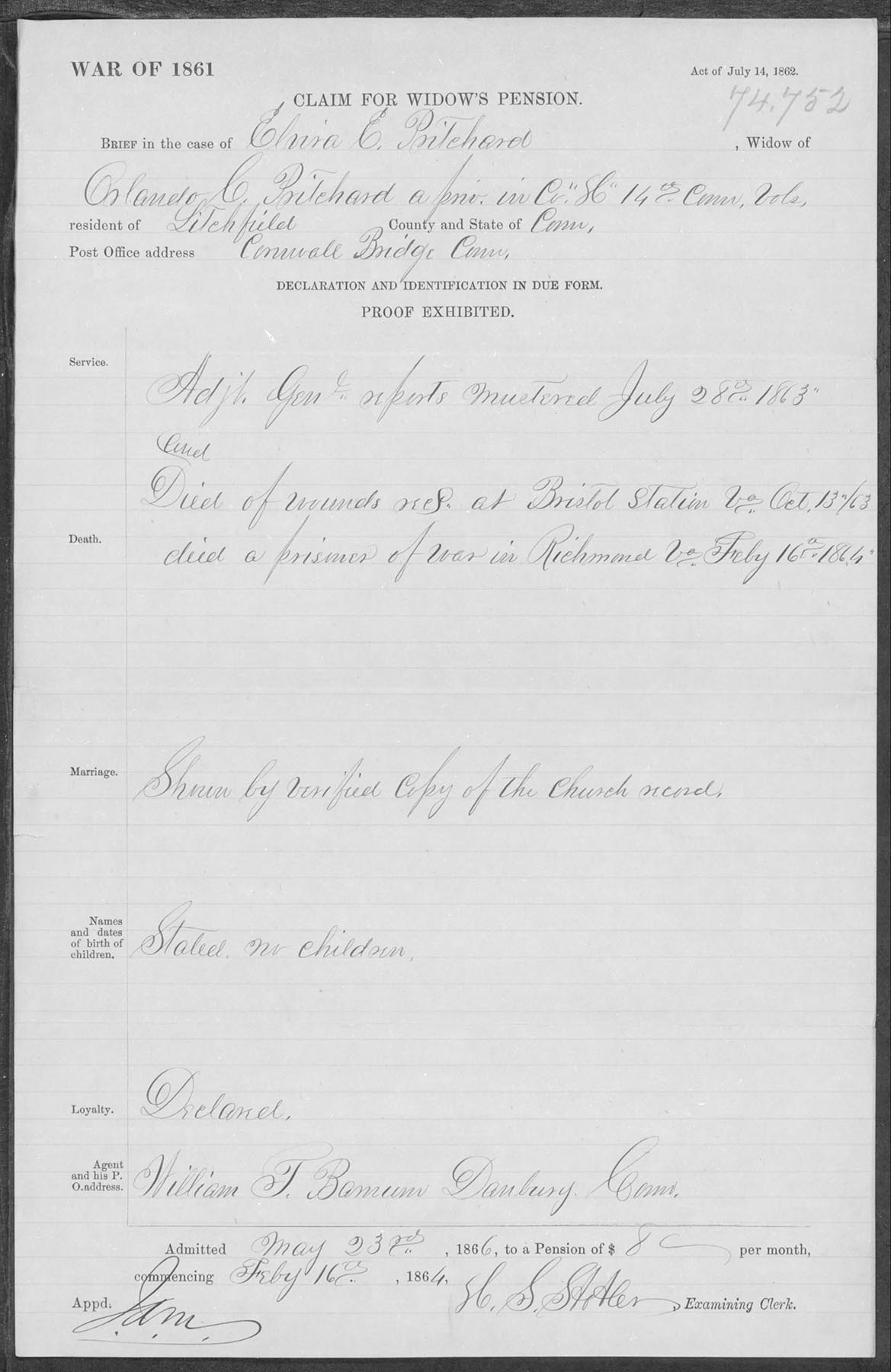 Elvira Pritchard’s Claim for Widow’s Pension, 1866.
(Courtesy of the National Archives and Fold3.com)

Orlando Pritchard (1840-1864) was the second man from Cornwall to enlist in the war, signing up with the 4th C.V.I. on May 22, 1861. For reasons that are now unknown, he quickly changed his mind about joining the army: Pritchard deserted on June 19, 1861, nine days after the regiment left Connecticut. He returned home to Cornwall, eventually marrying Elvira Baldwin of South Dover, NY on June 15, 1863. A little over a month after his wedding, on July 28, Pritchard was drafted into the 14th C.V.I. This time Pritchard stayed with his regiment, only to be wounded in the thigh and captured at Bristoe Station on October 14, 1863. He died from his wounds while a prisoner of war at Richmond, Virginia on February 16, 1864.