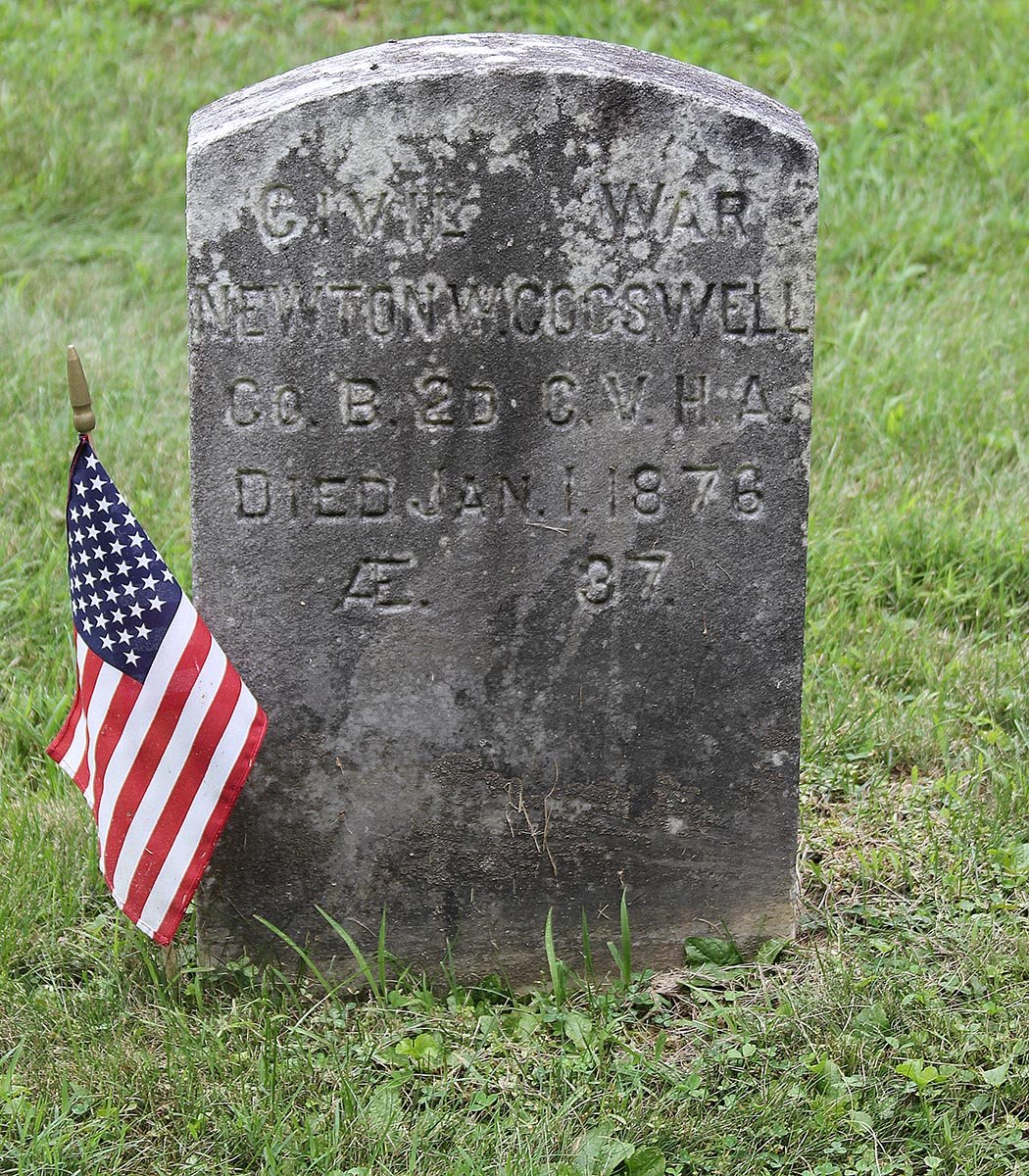 Newton Cogswell was the younger brother of Lt. William Cogswell. He enlisted with Company B of the 2nd Heavy Artillery on November 21, 1863, two months after his brother joined the company. He was wounded in the arm at the Battle of Cold Harbor on June 1, 1864, and recovered. His brother, however, died on October 7, 1864, following an injury received at the Battle of Winchester.

At one point during his service, Cogswell was charged with drunkeness and punished by riding the rail. It is not known if his excessive drinking happened before or after his brother’s death, but it seems likely to have occurred after. Cogswell returned home after the war, returning to work as a day laborer.

In 1867, he married Pauline M. Hofmann, but any happiness he may have had was short-lived. For reasons that are unknown, Pauline left him after seven years of marriage and demanded a divorce. On January 30, 1876, Cogswell went to the neighbor’s house where his wife was staying and shot at his wife five times, striking her twice in the head. Cogswell next went to a barn about a mile from his home and killed himself. His body was found two months later.

Newton Cogswell was buried alongside his brother, and his name was added to the obelisk erected by the town to honor William. Although no further details about Newton Cogswell’s behavior have been found, what is known so far is consistent with PTSD. 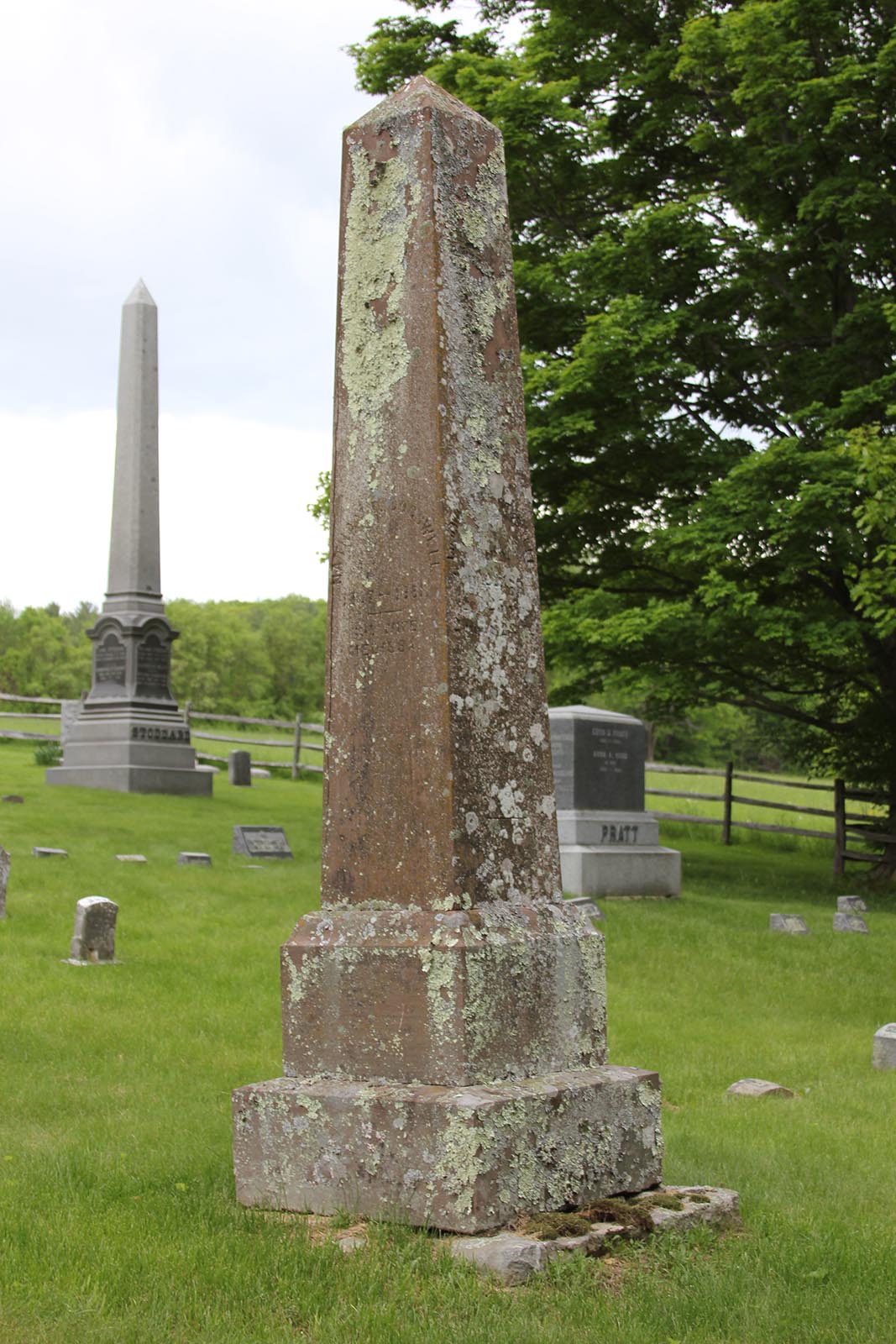