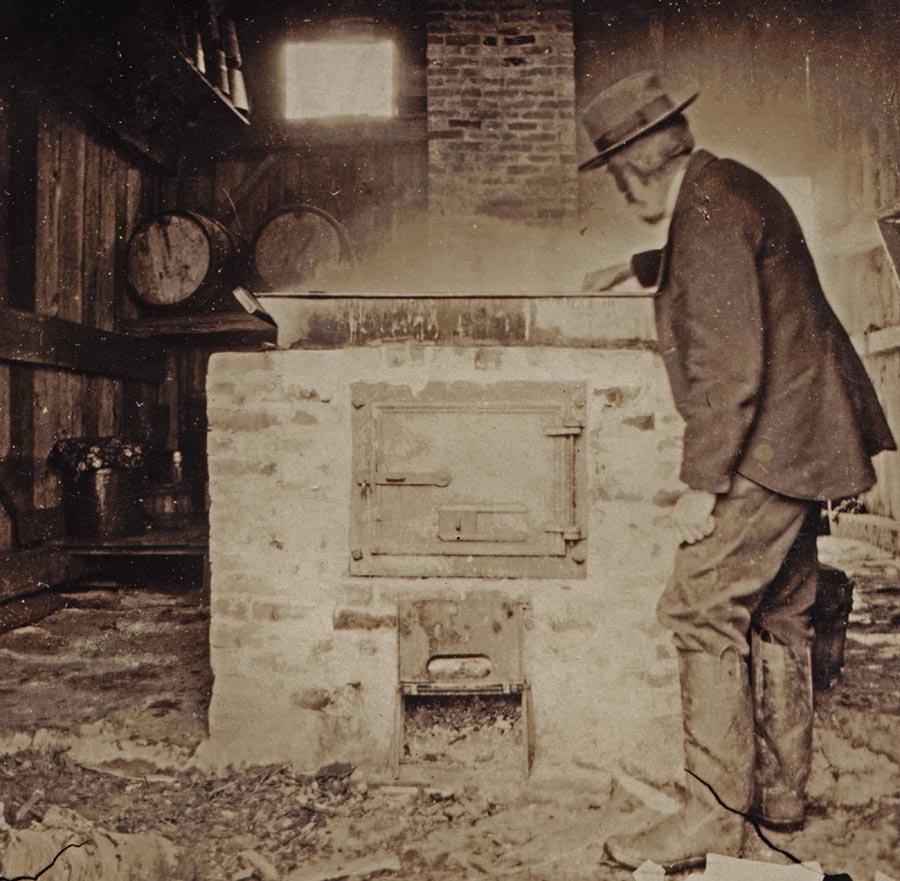 Maple syrup was produced in small quantities in Cornwall as early as 1801, if not earlier. Neighboring Goshen produced large quantities, as much as 380,000 pounds of maple sugar in one year. By 1818, Goshen’s production had dropped significantly; Benjamin Trumbull attributed this to the “diminuation and decayed state of the trees.” 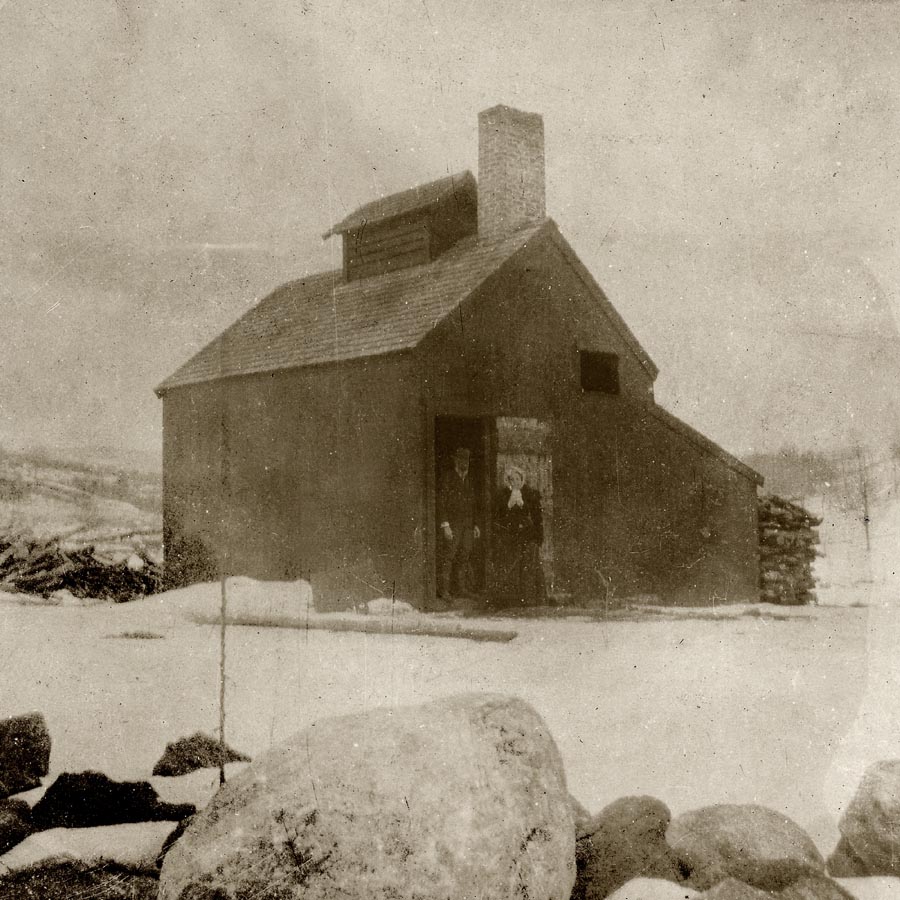 Judge George Harrison and his wife Rebecca at the door of their maple-sugar house, Cornwall Center, 1898.
Collection of Cornwall Historical Society

Maple sugaring has remained popular in Cornwall, with hundreds of trees tapped every year. Cornwall-made maple syrup can be purchased locally. 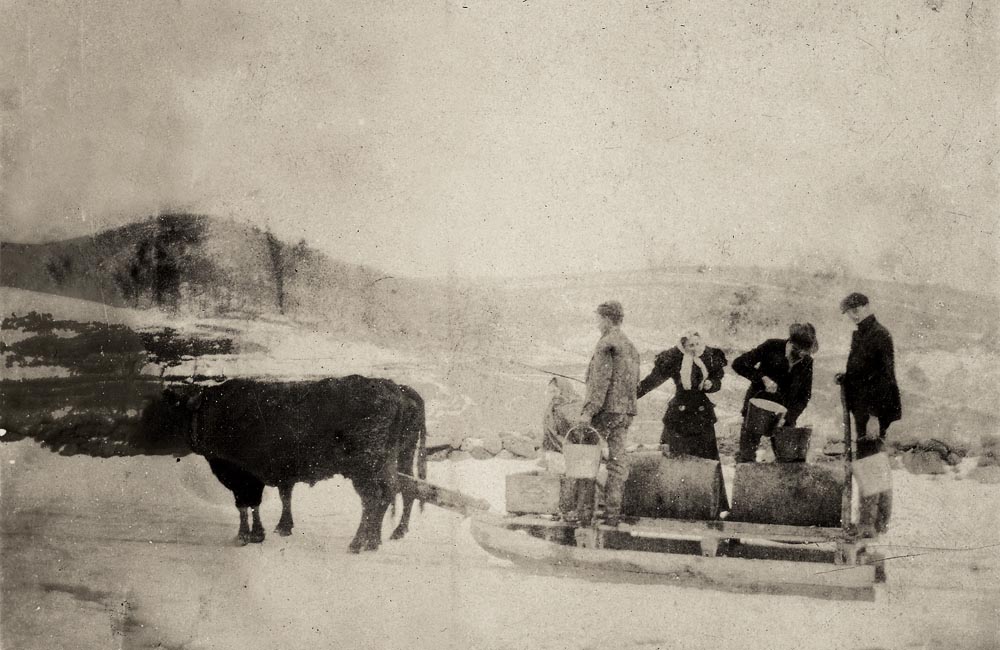