Cornwall’s soldiers fought in dozens of battles during the Civil War. Of those, four had the most impact on Cornwall. 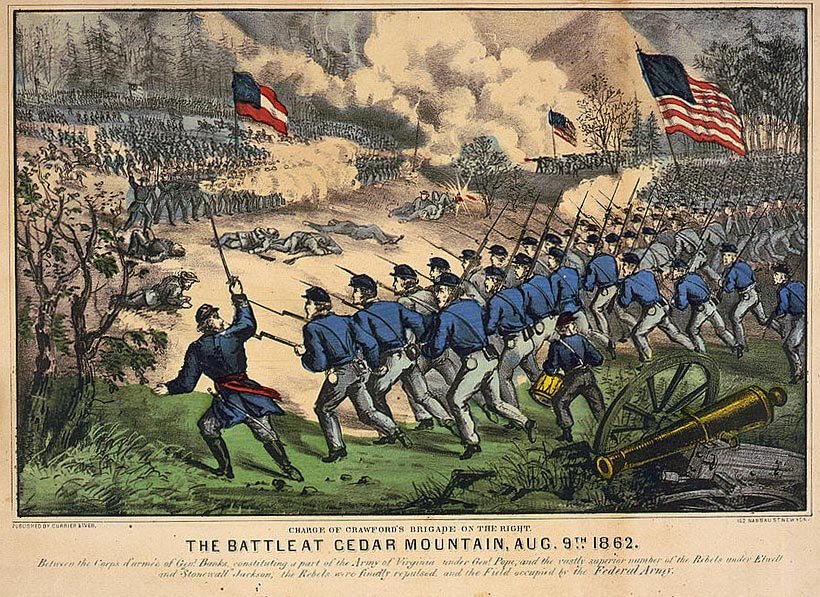 Currier and Ives, Battle at Cedar Mountain
(Courtesy of Library of Congress Prints and Photographs Division)

Corporal Thomas Smith was wounded on August 9; his leg was amputated above the ankle and he was discharged on July 30, 1863. Private Thomas Kelly was wounded in the left thigh on August 9, but recovered.

Private William McMurtry and Corporal James Wilson were taken prisoner by the Confederates on August 9; they were paroled on September 13 and returned to duty.

Battle of Cold Harbor, May 31 – June 12, 1864
The Battle of Cold Harbor was a disaster for the Union army. It began when Union troops led by Major General Sheridan seized the crossroads of Old Cold Harbor. By June 2, the two armies formed a front line that stretched seven miles, from Bethesda Church to the Chickahominy River. The Confederate troops built trenches that helped prevent a Union victory. General Grant later expressed regret for his decisions at Cold Harbor, noting that “no advantage whatever was gained to compensate for the heavy loss we sustained.”

Cornwall soldiers with the 2nd Heavy Artillery and the 11th C.V.I. participated in this battle.

11th C.V.I. Casualties at Cold Harbor
Sergeant Amos T. Allen was wounded on June 4 and died from complications, after his left leg was amputated, on July 6, 1864. 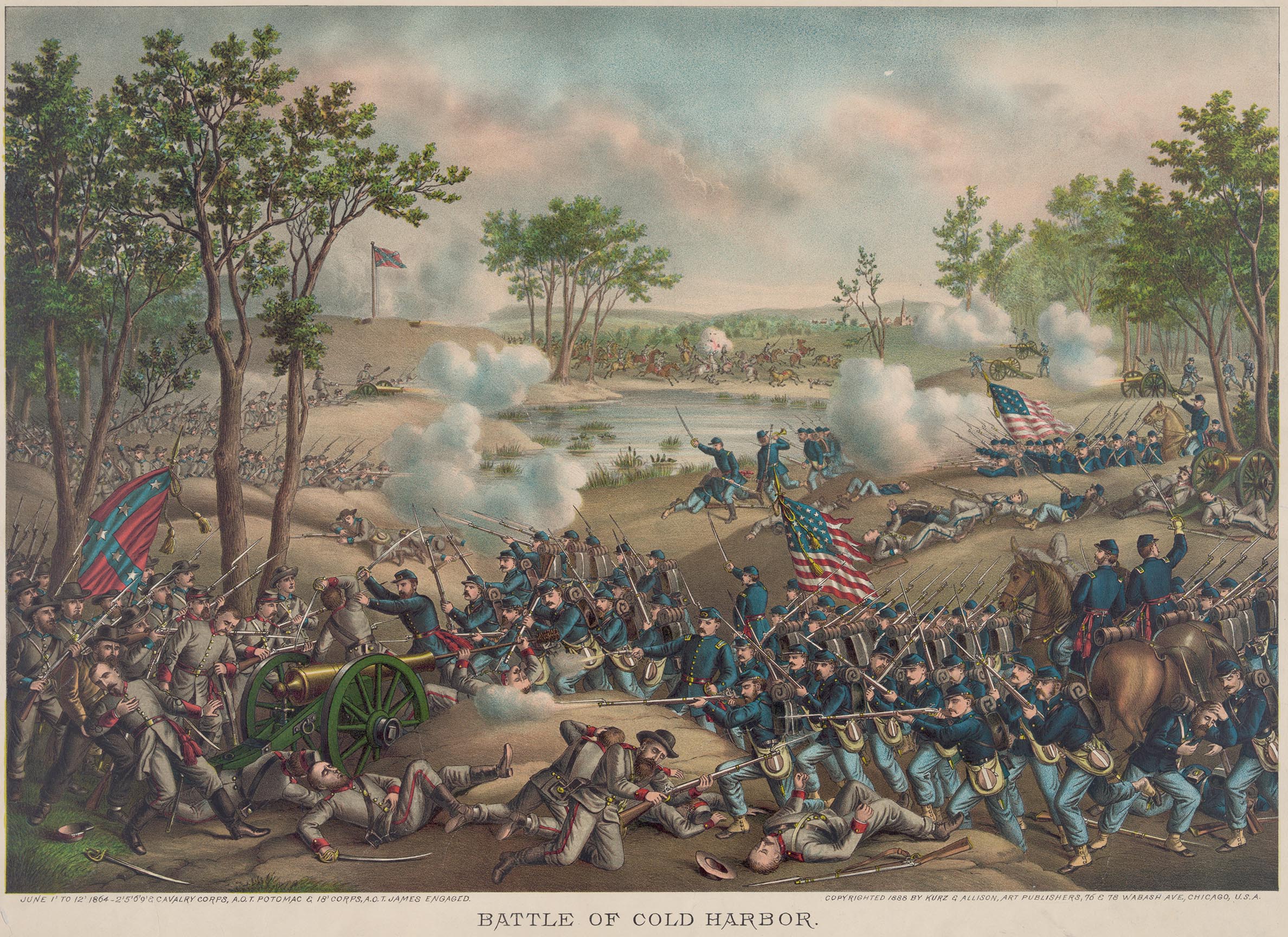 Dear Wife & precious Children,
I am still alive but not very well yet since my terrible march. I have been with the Regt but have not tried to do much, only to just keep around. It seems as if I never could get rested, but I guess I shall get along now for my feet have got almost well now. They were dreadfully blistered & that made it more than twice as hard for me. I never grew so poor in my life. Joseph [Payne] was killed the first of June. Many think Col. K was very rash in rushing with his men right into & through 2 lines of Rebel Rifle pits, for they drove the rebs out, but Richmond is not yet taken & how long it will take is yet to be found out. There seems to be a large army of them & they are strongly fortified here & consider this station important as any other they have this side of Richmond, which is 8 or 10 miles from here. …We have helped to destroy the Virginia Central Railroad and several Engine houses & stations, besides burning a great many houses and other buildings. …We have been exposed to the Rebel fire of big & small arms ever since the 1st & a great many of our other Regts have been wounded & some killed, but I don’t feel afraid but very little. The hope I have of Heaven is my support.

~ Josiah B. Corban to his wife and children, Near Coal (Cold) Harbor, June 7th, 1864
(Courtesy of The Connecticut Historical Society) 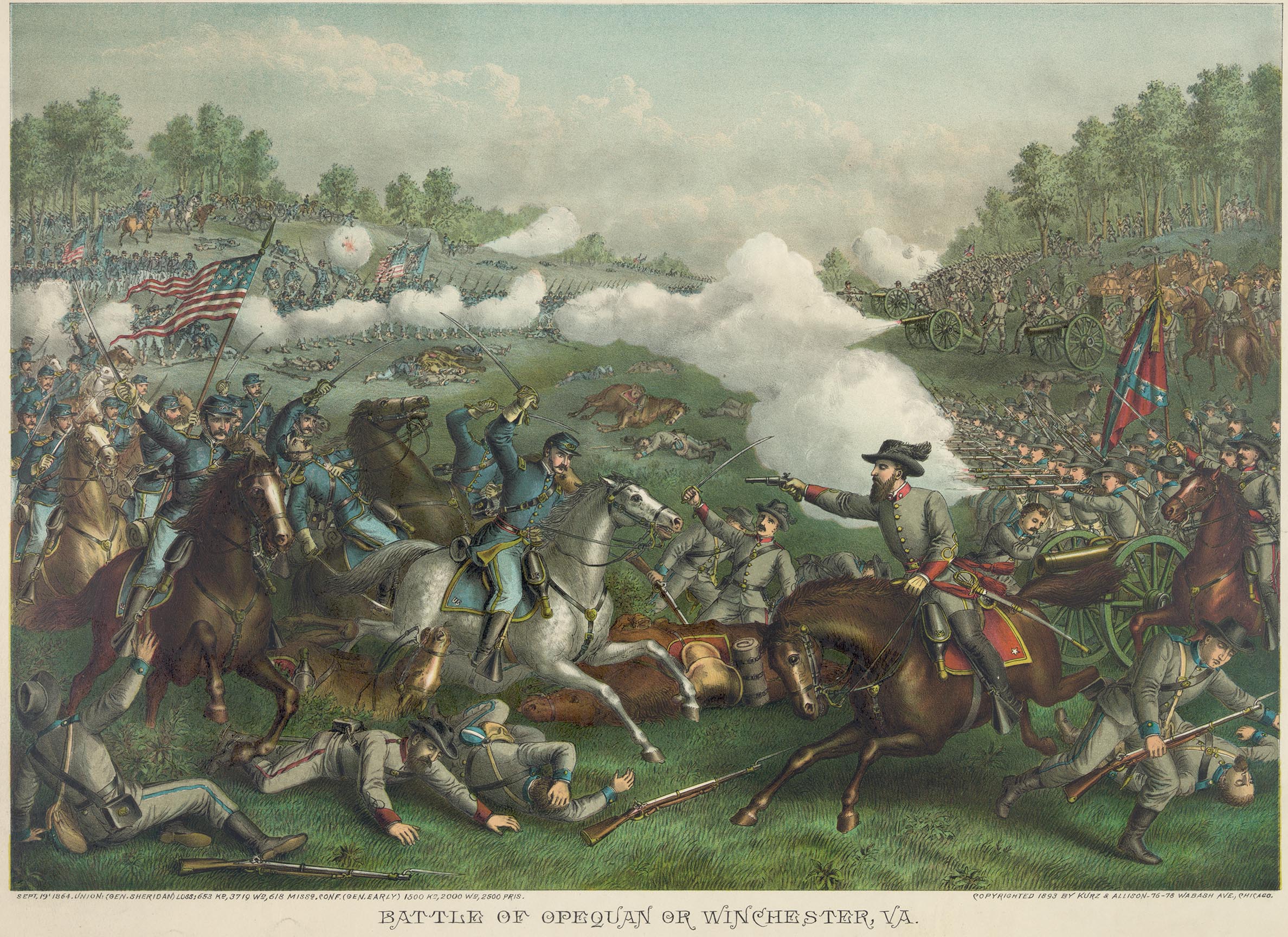 Battle of Third Winchester, September 19, 1864
Also known as the Battle of Opequon, the third Battle of Winchester began as Union General Sheridan’s troops crossed the Opequon Creek and were attacked by Confederate Lt. General Jubal Early’s forces. Casualties were heavy on both sides. The Confederate troops eventually retreated.

Cornwall soldiers with the 2nd Heavy Artillery and the 13th C.V.I. participated in this battle. 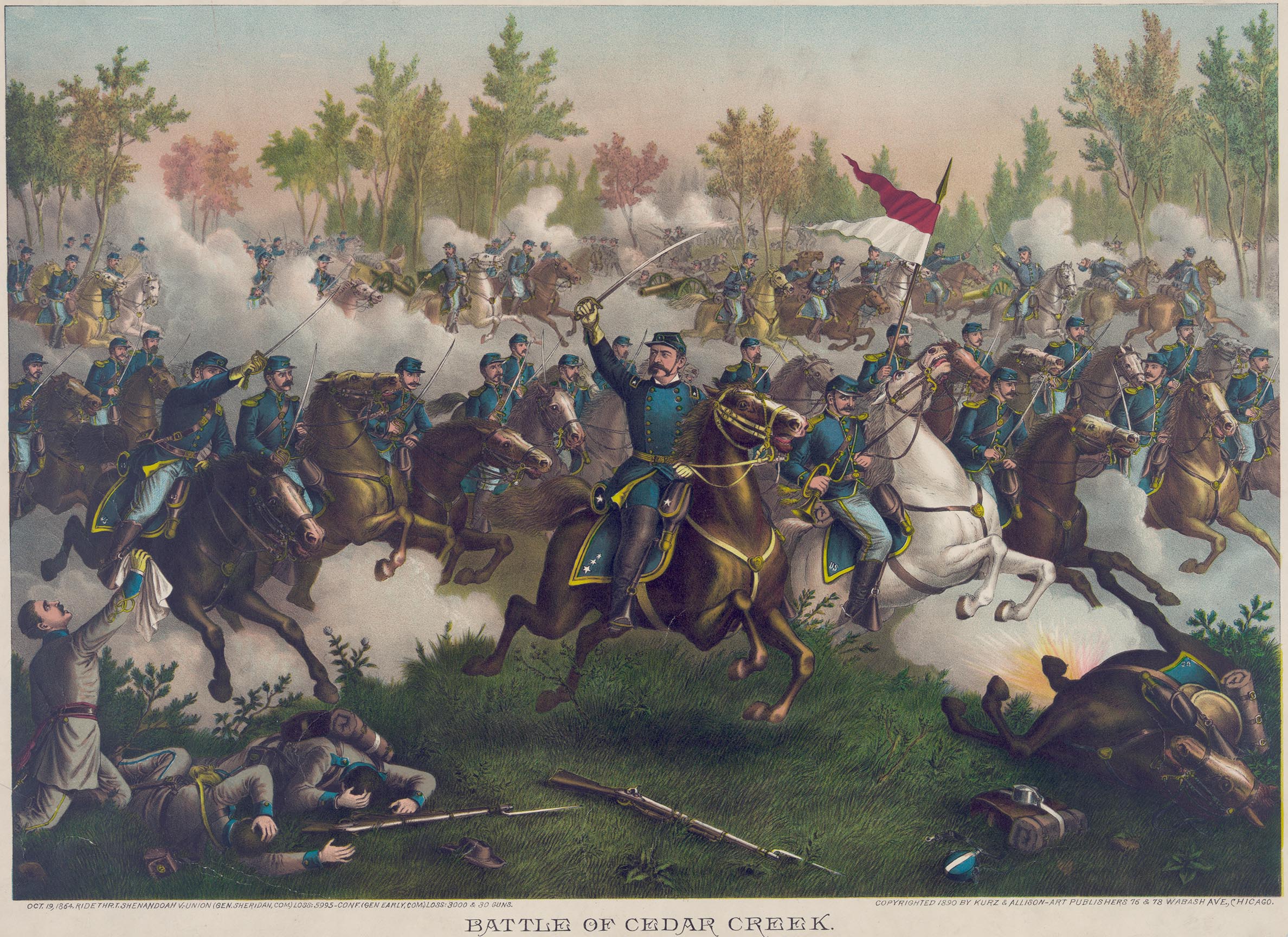 The battle was part of Sheridan’s Shenandoah Valley Campaign, which was intended to wipe out the Confederate army’s primary source of grain and flour, thus weakening the Confederates by starving them. The Campaign also was planned to secure the Valley and prevent further attacks from that region.

Cornwall’s troops in the 2nd Heavy Artillery and the 13th C.V.I. fought at the Battle of Cedar Creek. The Captain of the 12th C.V.I. later wrote “I never on any battlefield saw so much blood as on this of Cedar Creek. The firm limestone soil would not receive it, and there was no pitying summer grass to hide it.”

2nd Heavy Artillery Casualties at Cedar Creek
Private Elisha Soule was killed by a musket ball shot through the top of his head, leaving a fragment of skull in his cap. He was found that night, still alive but “stripped of everything” of value. Soule died the next morning. Corporal Henry Vaill was shot in the neck and lungs, and died in a hospital weeks later.

Corporal George W. Page was mortally wounded in the neck; Corporal Charles J. Reed was wounded in the chest. Close friends throughout the war, they crawled towards one another in their final moments and were found dead, locked in each other’s arms, when the battle was over.

13th C.V.I. Casualties at Cedar Creek
The Cornwall members of the 13th C.V.I. fared better than those in the 2nd Heavy Artillery at Cedar Creek, with only two injured: Lieutenant J. Milton Gregory lost his right arm, and Private Alexander Cook was wounded but recovered.