Lillias Rumsey Sanford, born in Seneca Falls, NY in 1848, attended Vassar College before settling into married life. The idea for starting the school came from a group of friends who initially proposed starting a school for girls. Because Lillias had sons and several young nephews, she felt more at ease running a school for boys.

Rumsey Hall school opened in Seneca Falls in 1900, when Lillias was fifty years old. By 1906, Rumsey Hall had outgrown the building it was in. An ad for a large building to rent brought Lillias to Cornwall. The former Housatonic Valley Institute was an ideal campus for her growing school. Rumsey Hall moved to Cornwall in 1907, and remained here until 1948.

Lillias’ influence in Cornwall lasted more than thirty years. Not only did she bring her school here, she also recruited Dr. Brad Walker to become Cornwall’s resident country doctor. When the state considered building a highway through the center of town, Lillias joined the protest against it, concerned for the safety of her pupils. 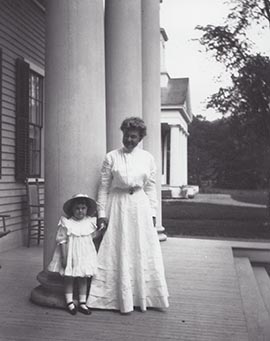