Jessie G. Wheaton was raised in Cornwall by her grandparents, Orville and Sofronia Hurlburt Fitch. After the death of her grandparents in 1889, Jessie supported herself as a private duty nurse, traveling to various towns in northwest Connecticut and in Massachusetts for temporary positions as they became available. Local newspapers occasionally printed updates on her career in the “local doings” sections.

In her free time, Jessie was involved in local organizations. She served as vice-president of the North Cornwall Mission Bank, an auxiliary of the Women’s Board of Missions, in 1893.

She continued to work as a nurse into the 1930s. 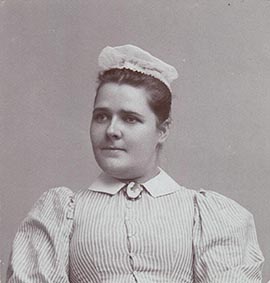 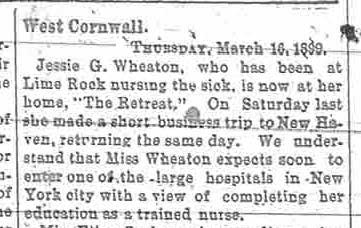