When its first settlers arrived in the 1740s, Cornwall was covered by forest. Less than a century later, most of the town was open farmland. Today, Cornwall is 81% forest, thanks in part to reforestations efforts during the 1920s and ‘30s, when more than 450,000 trees were planted here.

“A continuous forest overspread nearly the whole landscape, adorning the hills with its verdure, darkening the valleys with its deep shadow, and bending solemnly over the margins of the rivers. No thickets choked up the way through these endless woodlands, for the underbrush was swept away every year by fires kindled for this purpose by the inhabitants.”

~ John William De Forest, History of the Indians of Connecticut, 1851

“To clear the ground for pasture, so heavy was the forest and so dense, that woodmen were employed to climb the tops of the trees and cut the boughs down toward the bottom, the trunks being so enormous and so thick that to level the forest any other way was too herculean a task.”

“…even the steepest sides of the mountains furnish wood and timber. None have proved inaccessible to the collier, and but few bits of original forest remain… “

“Few places on earth have as many people living among so much forest.” 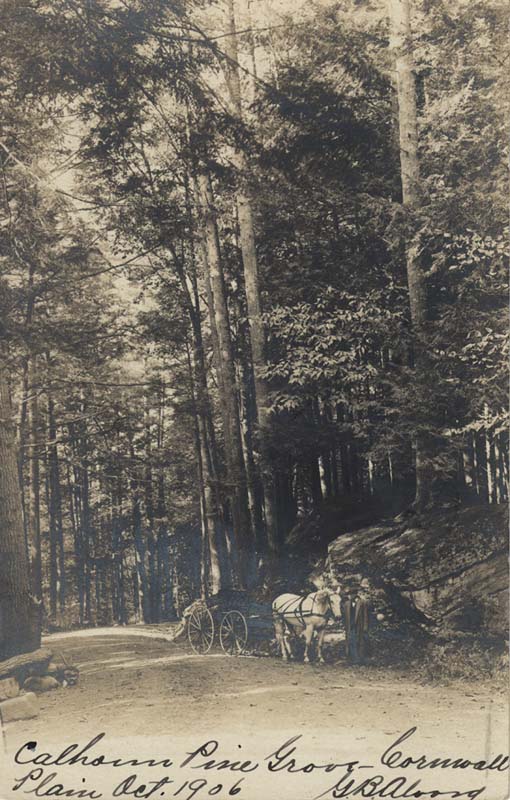