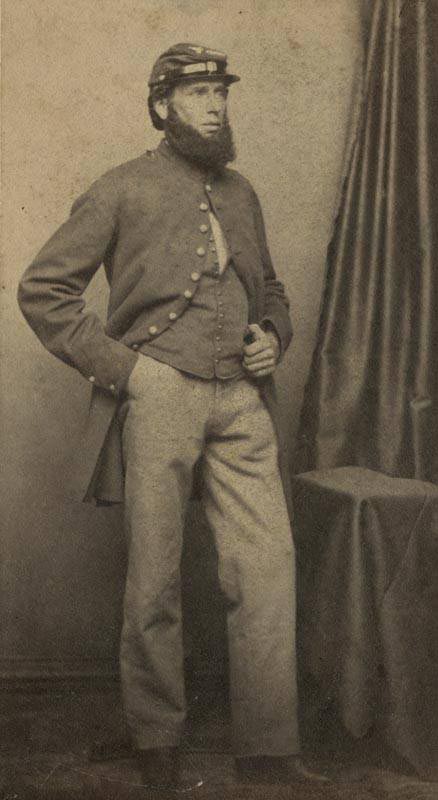 Horace Sickmund, circa 1863.
(Courtesy of the Connecticut Historical Society)

Horace Clark Sickmund was the son of a collier. He enlisted with Company G, Second Connecticut Heavy Artillery on December 29, 1863. Sickmund was wounded in the right knee at the Battle of Cold Harbor on June 6, 1864. He was expected to survive his wound, but took a sudden turn for the worse and died in Columbia College Hospital at Washington, D.C. on July 14, 1864.

Sickmund was survived by his wife, Ellen Maria (Bemiss) Sickmund, and their son, Horace Chandler Sickmund, who was born on February 14, 1864. The family lived in Cornwall Bridge. Ellen became ineligible to collection a pension for herself when she remarried on November 1, 1865 to Charles H. Smith. Smith became the guardian for Horace’s infant son and filed for a pension on his behalf. The pension was paid until the younger Horace reached the age of 16.