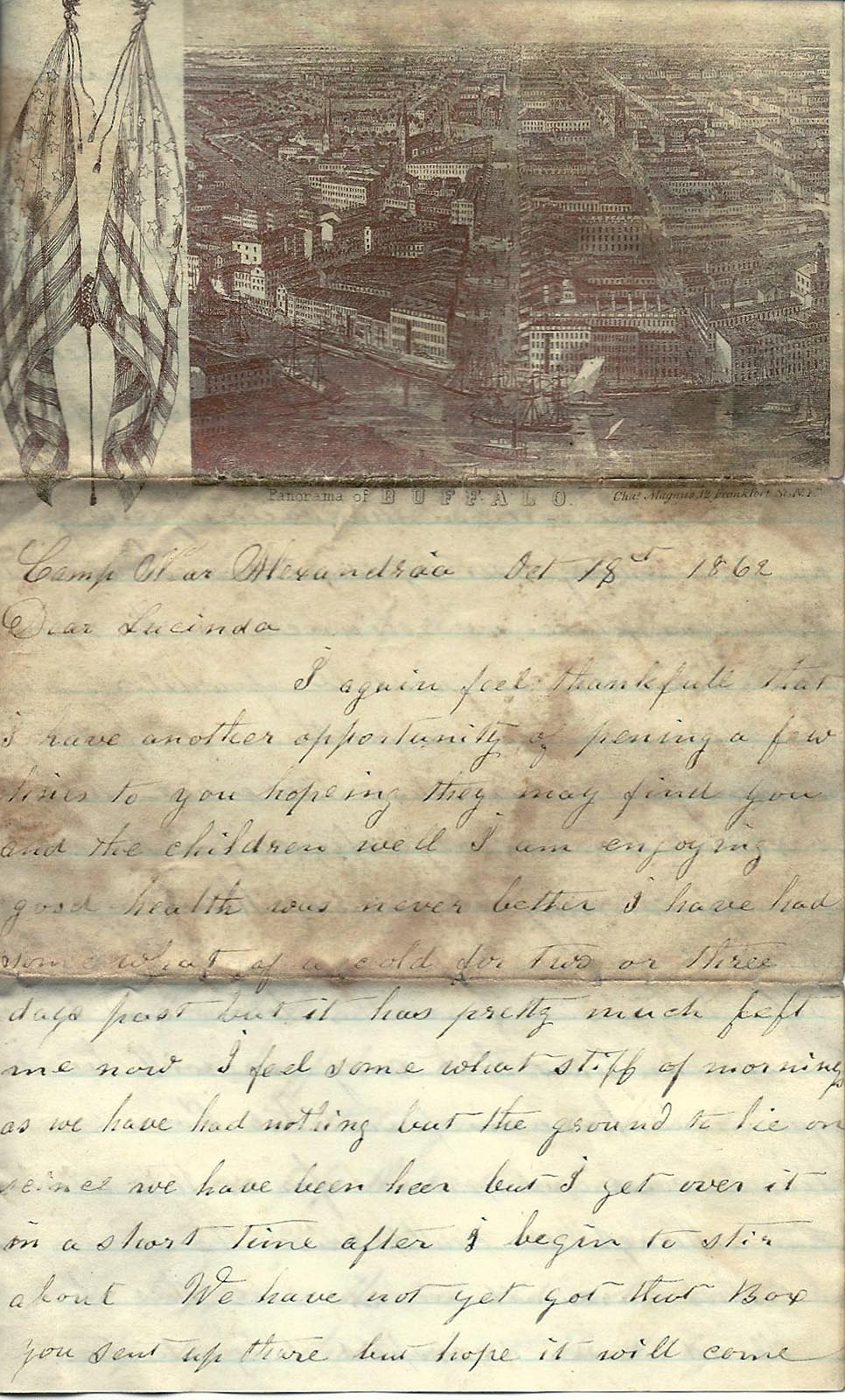 Letter from Henry P. Milford to his wife, Lucinda, at Camp near Alexandria, October 18, 1862 (Courtesy of the family):

Dear Lucinda,
I again feel thankful that I have another opportunity of penning a few lines to you hoping they may find you and the children well. I am enjoying good health, was never better. I have had somewhat of a cold for two or three days past, but it has pretty much left me now. I feel some what stiff of morning as we have had nothing but the ground to lie on since we have been here, but I get over it in a short time after I begin to stir about. We have not yet got that Box you sent up there but hope it will come. I want you should send me that map and be sure and pay the postage on it….
…The boys are all well and getting on finely. We take the Litchfield paper in our tent and in this weeks number I see an account that the 19th were called up one night on a false alarm and one or two were found under a pile of blankets and buffalo skin. Now I have never seen such a thing as a buffalo skin since I have been in the regiment but then I must confess that there was some scared boys if accounts are correct for it so happens that I did not see it myself being that night on duty in town and stationed at the provost marshall offices. Write soon and tell me all the news. I shall not send this until Monday and I shall then perhaps be able to tell you more.
…Write soon and when next you send do not forget them mittens I tolled you about. I am not on duty to day as expected. for the present good bye. Your Affectionate Husband,
H. P. Milford