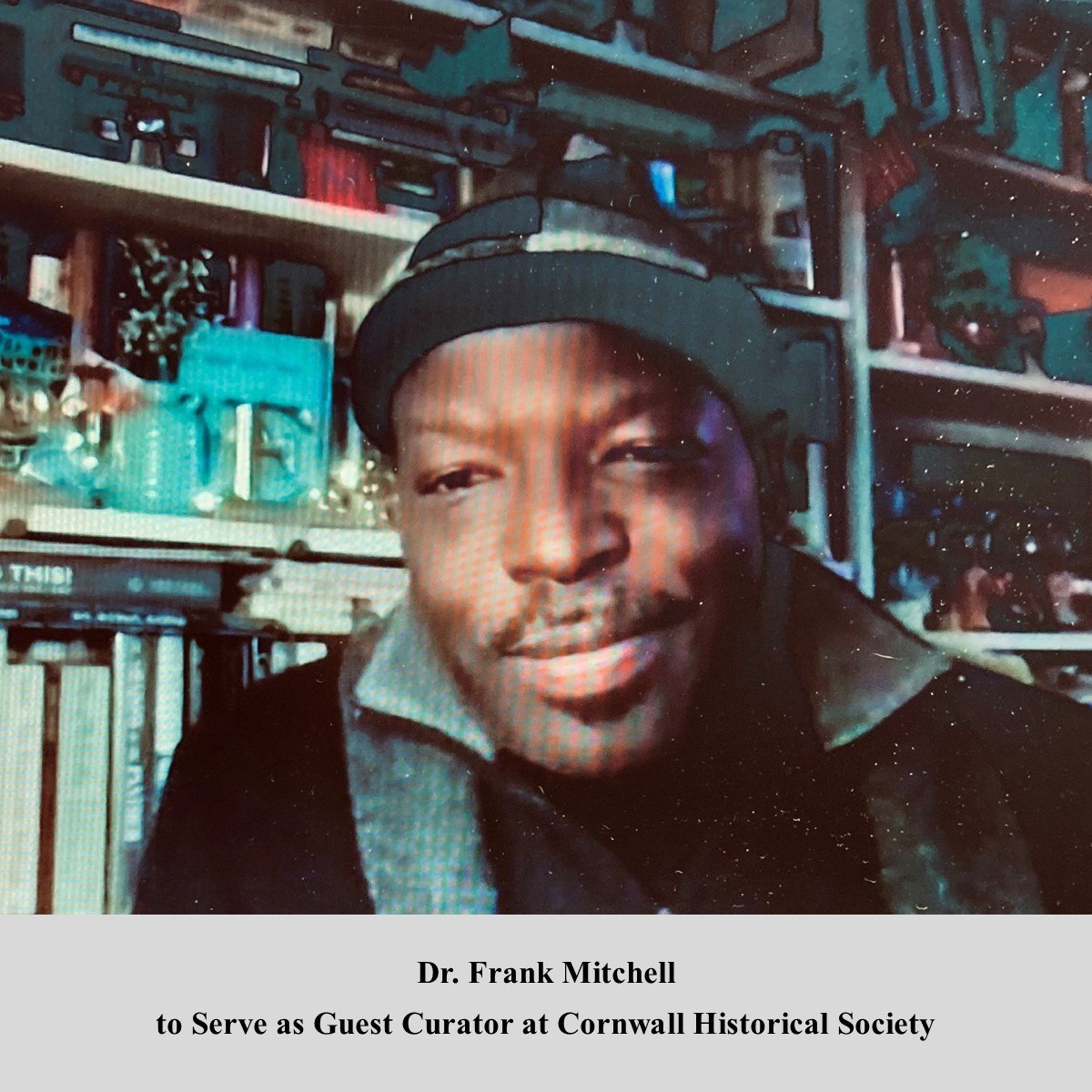 The Cornwall Historical Society is proud to announce Dr. Frank Mitchell as guest curator for an upcoming exhibition titled Finding Freeman(s): Freedom, Property, and Identity in Cornwall. The long-term exhibition will be a first time look at the town’s free and enslaved Black residents and that community’s impact on Cornwall’s history as well as its future. “Frank brings a wealth of understanding about the Black experience in Connecticut,” said the Society’s board president, Cindy Kirk. “As guest curator, he will play a leading role in creating this exhibition.”

This special exhibition will build on research that was started at the Cornwall Historical Society by community members in the spring of 2013. Drawn to and intrigued by those early community-led efforts, Mitchell agreed to be guest curator saying that “recent discussions around privilege, equity, and racial justice locally and nationally have increased the urgency for presenting those initial findings and for extending the work [forward].”

Finding Freeman(s) is set to open toward the end of June 2022. Support for the exhibition is generously provided by Connecticut Humanities (CTH).

Mitchell is Director Emeritus of The Amistad Center for Art & Culture in Hartford. He holds a Doctor of Philosophy degree in American Culture from the University of Michigan, a Master of Arts degree in African American Studies from Yale University, and a Bachelor of Arts degree from Bowdoin College. He serves on the boards of CT Humanities, the New England Foundation for the Arts, the Eli Whitney Museum, the Elm Shakespeare Company, and the public history collaborative, Stone Soup.