When South Carolina seceded from the United States on December 20, 1860, Union troops were stranded in hostile territory. They retreated to Fort Sumter, a move that proved highly controversial and inflammatory. On April 11, 1861, Confederate troops demanded their surrender. The Union officer in command refused, and on the following day, the Confederates opened fire on the fort.

Four days later, President Lincoln declared a state of insurrection and called for 75,000 volunteers to enlist for three months. Because the regular army incorporated the new recruits with little time for training, the Union forces suffered a humiliating defeat at the First Battle of Manassas on July 21.

Our army has suffered one of the most terrible defeats on record—one of the most disgraceful! We have lost everything, even our honour. When I last wrote you the army had marched in high spirits, and every one predicted a prosperous result, and some little success was obtained; but a panic seized the volunteers, they threw away everything they had, and fled in terrible disorder. Whole regiments fled without giving a shot or getting near the enemy.

~ John Sedgwick, writing to his sister Emily from Washington, D.C. after the First Battle of Manassas, July 23, 1861 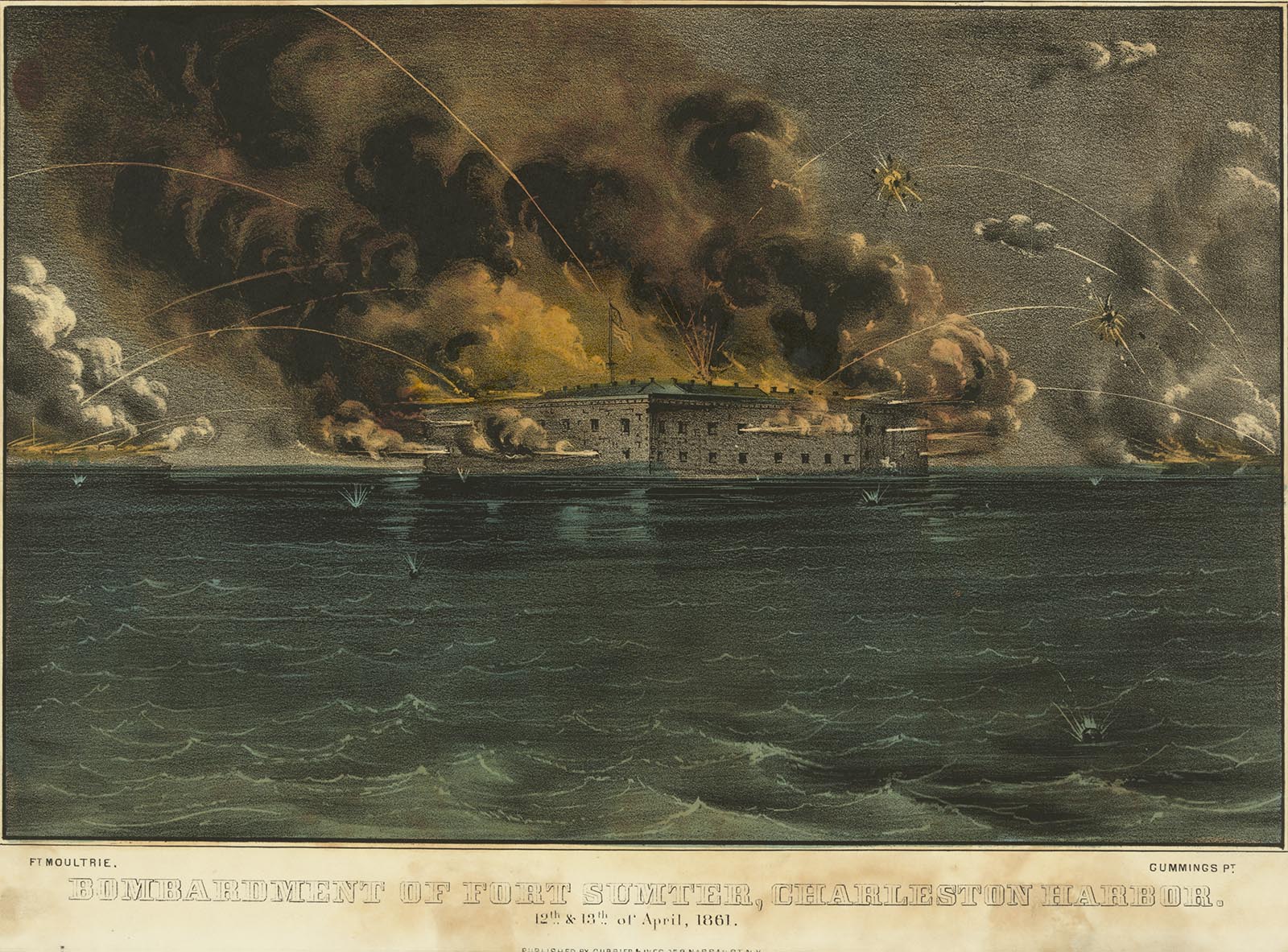