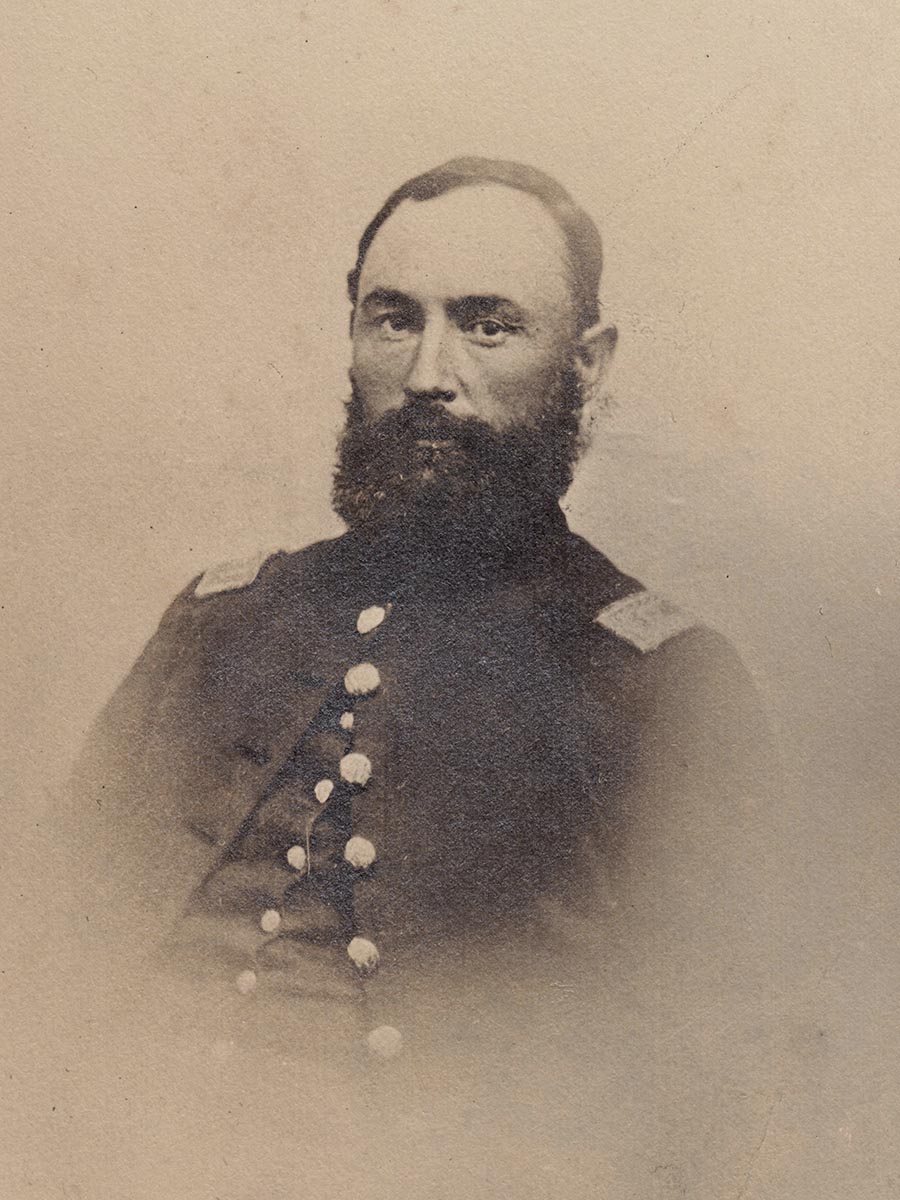 The story of Cornwall’s Captain Edward F. Gold is one of countless tragic stories of undiagnosed PTSD from the Civil War. Edward Gold’s life before the war was promising, despite personal losses. His mother died when he was a boy, and his father moved away and started a new family, leaving Edward to be raised by his maternal uncle, Seth Pierce, the wealthiest man in Cornwall. Edward rose in stature in town, operating several mills. He was elected to the state legislature in 1858.

Edward Gold was one of the first men in Cornwall to enlist in the army, beginning as a Lieutenant and quickly rising to the rank of Captain with Company G of the 2nd Heavy Artillery. It was said that Edward Gold never slept throughout the duration of his service—something that today would be viewed as a warning sign of severe stress. The night before the Battle of Cedar Creek, he was reported to have wandered around camp with a “vague presentiment of danger”—another sign that that the war had taken a severe toll on his mental health.

After the war, Edward attempted to return to normal life. He continued to live with his uncle, managing a farm and a sawmill. In collaboration with his uncle, he oversaw the planting of stately elm trees in Cornwall as part of a village improvement project in 1868.

By 1890, however, Edward Gold was suffering from debilitating bouts of mental instability. In May of 1890, Gold was at Fort Smith, Arkansas, looking into the potential for real estate investments in the newly opened Oklahoma Territory. His cousin, Elias C. Boudinot, Jr., who lived at Fort Smith, had invited him to look into the opportunity. A letter Gold wrote to an associate contained nothing to suggest that he was unwell. On September 10, however, Gold arrived alone by train at Westerville, Ohio and wandered aimlessly on the town’s Main Street, appearing “from his conduct and talk to be insane.”

Gold eventually returned home to Cornwall, where he was found dead in his former mill in 1895. He was buried in Cornwall Cemetery alongside his uncle, with his monument inscribed “A True Patriot, A Brave Soldier.” 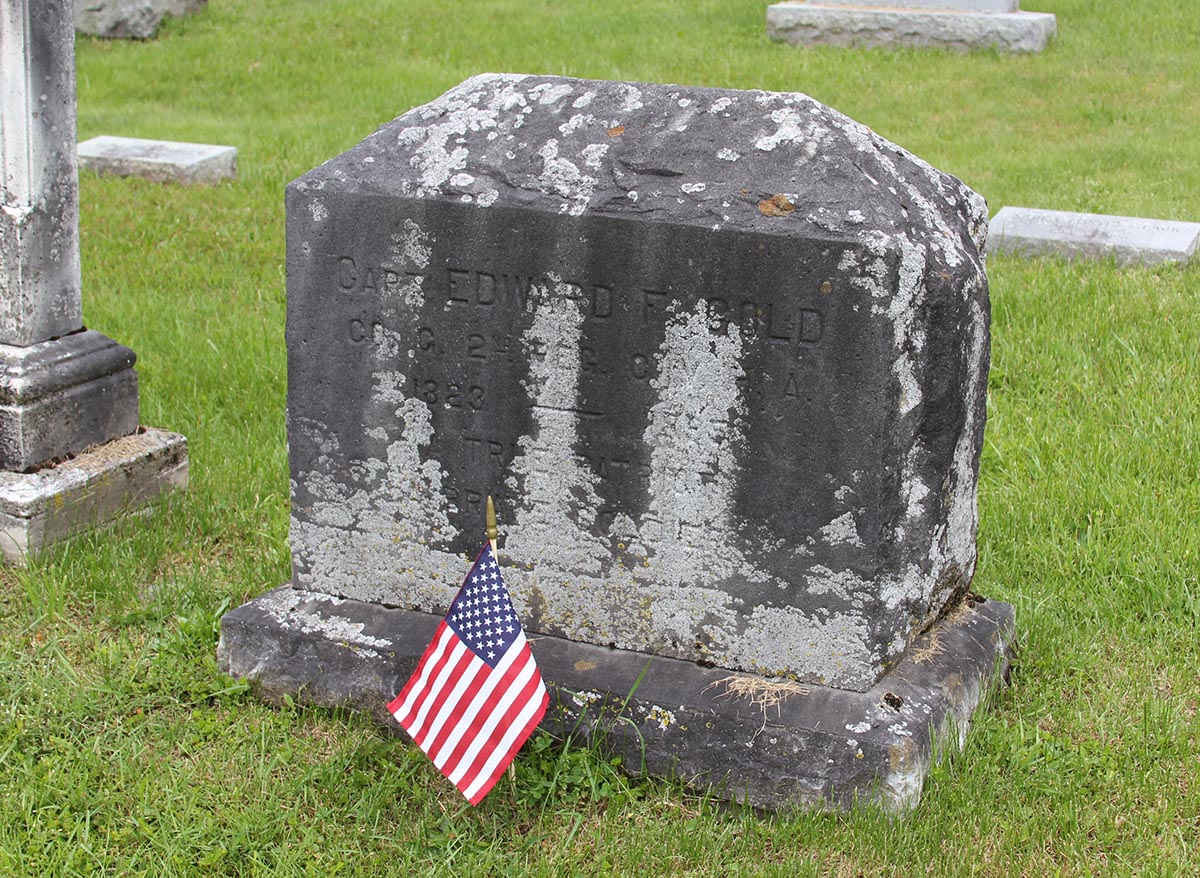