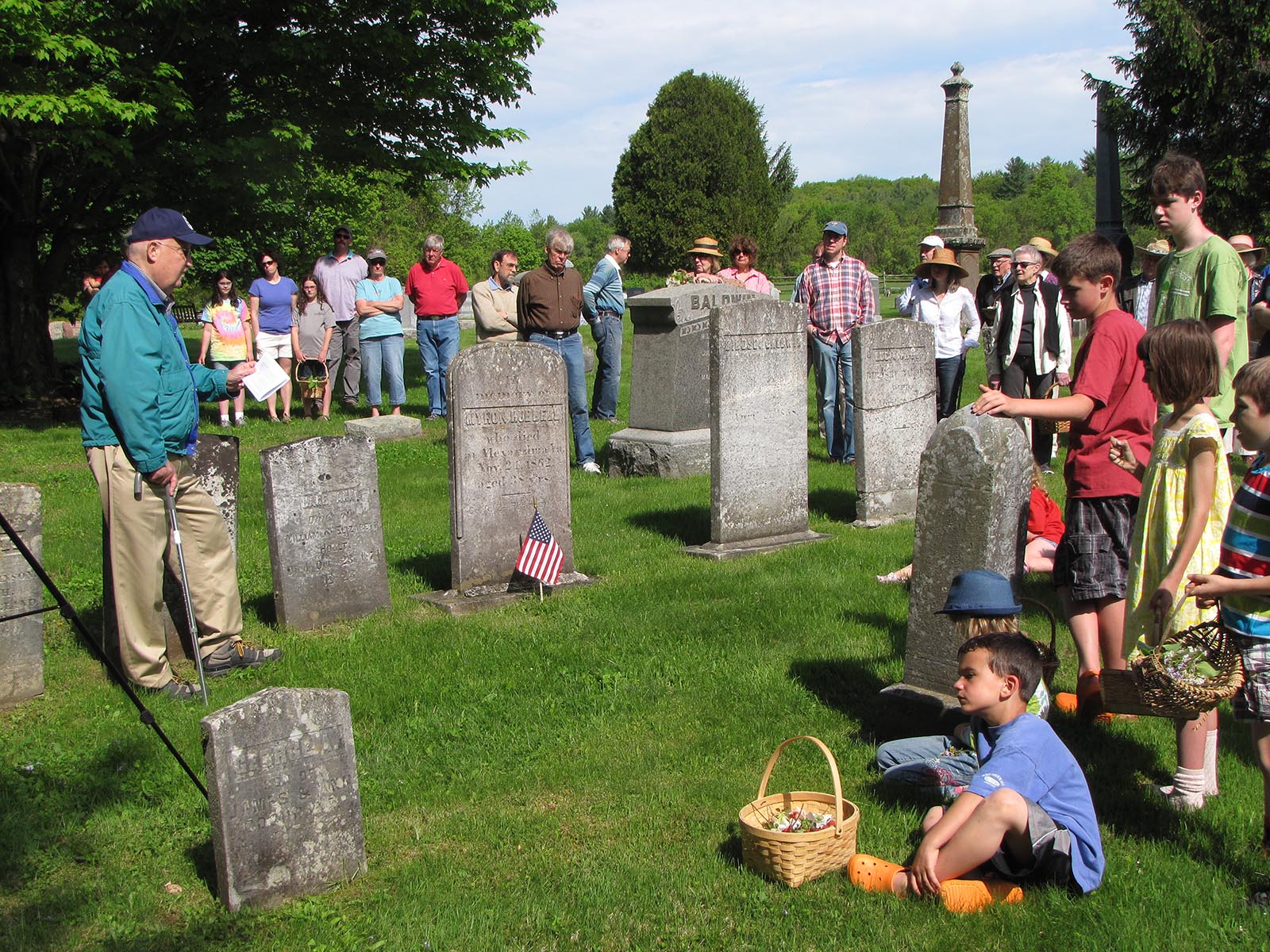 Memorial Day, originally called Decoration Day, was established as a national day of mourning in 1868. At the North Cornwall Cemetery, Decoration Day traditions begun by Theodore Sedgwick Gold after the war have continued to be observed by his direct descendants to the present day.

On Memorial Day in 1892, veterans gathered at Major General John Sedgwick’s grave for a special commemoration. An estimated 2,000 people attended the service, which began with a parade to the Cornwall Hollow Cemetery from West Cornwall. Next, members of the VI Corps decorated Sedgwick’s grave, adding their emblem to his obelisk. The other soldiers’ graves in the cemetery were decorated next, followed by a luncheon under a massive tent, and afternoon speeches about Sedgwick. 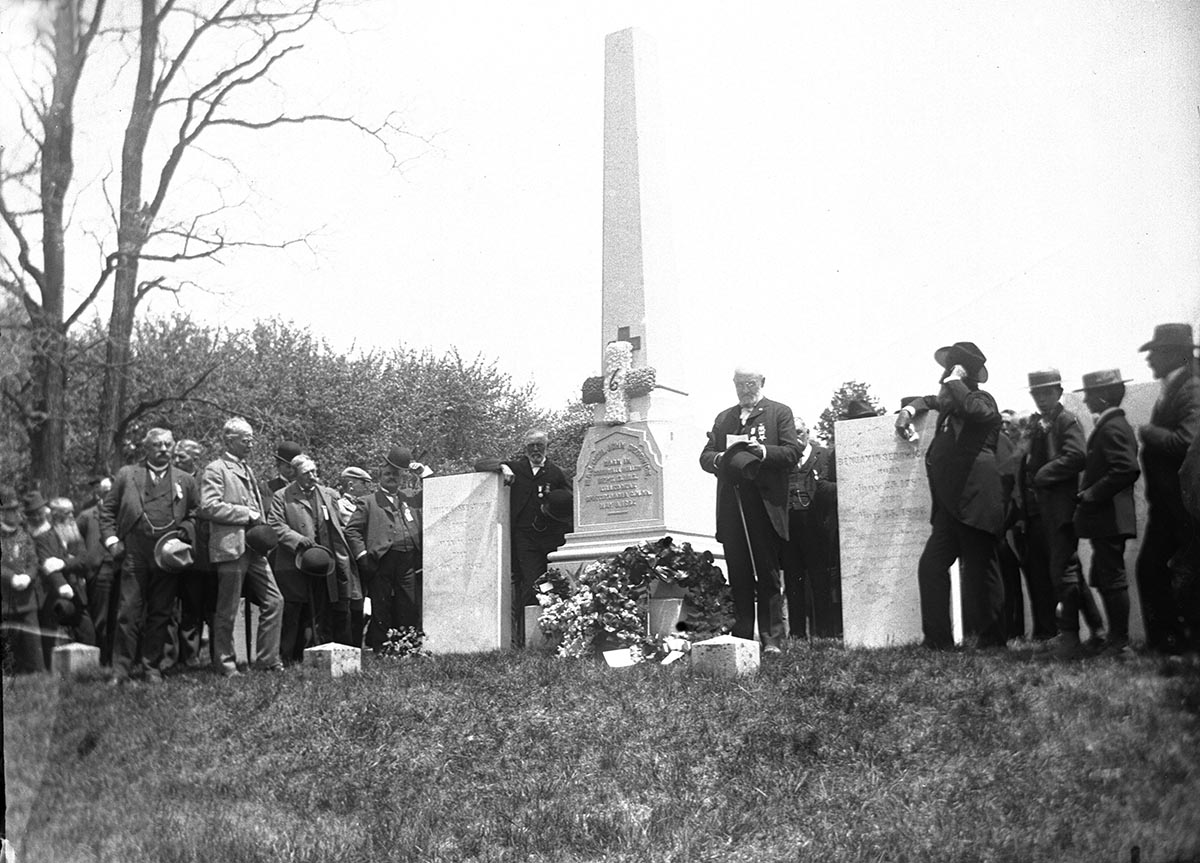