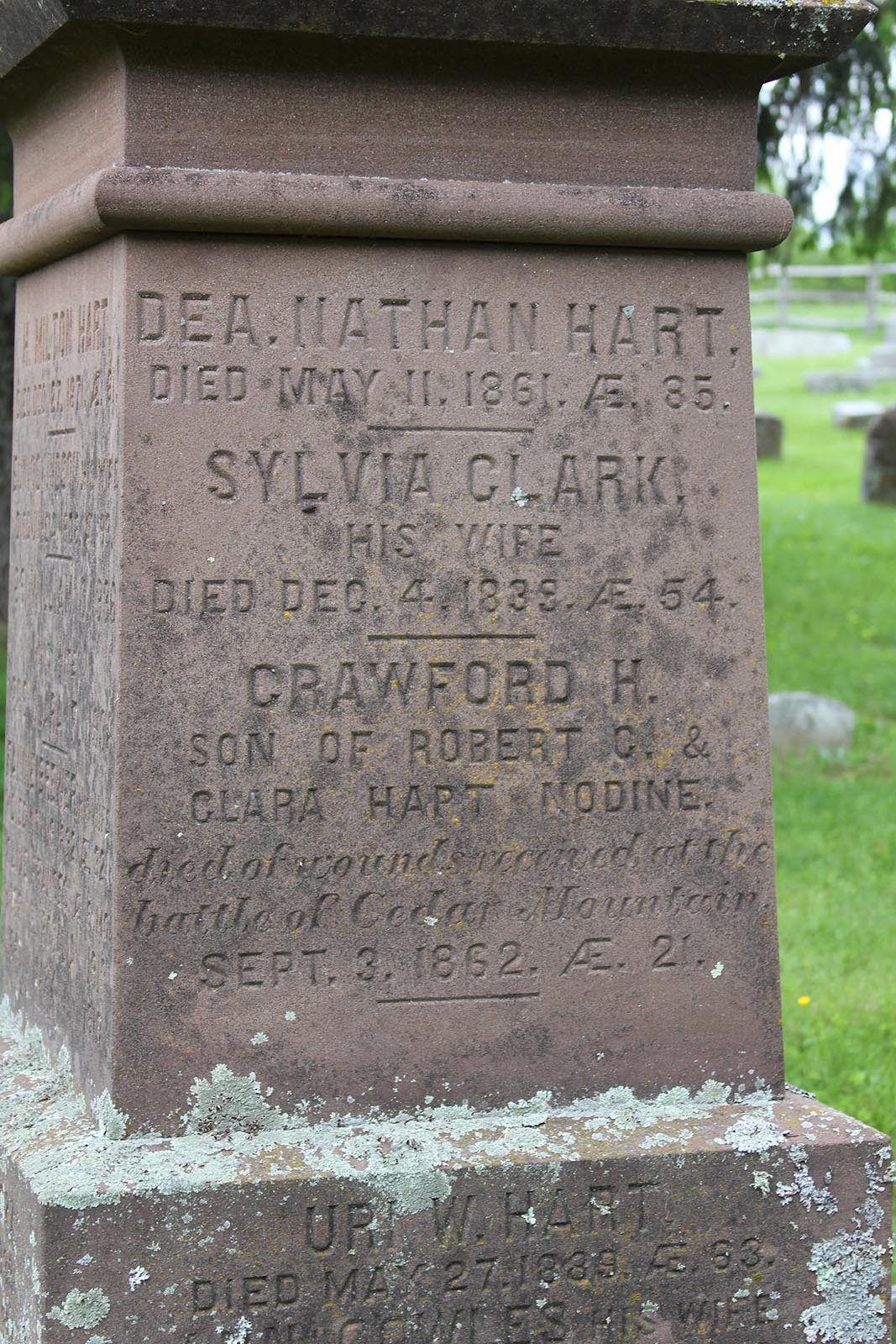 Originally from Cornwall, Crawford Nodine was working in Kanawha, Virginia (now West Virginia) in 1860; he returned home to Cornwall to enlist in the Union army. T.S. Gold wrote in his History of Cornwall that Nodine resolved to join the Union army after a Confederate bullet nearly hit him, declaring he would “send it back to its owners.”

Nodine suffered a severe wound to his shoulder at the Battle of Cedar Mountain on August 9, 1862 and died from related complications on September 3, 1862. He was buried in his mother’s family plot (Hart) at the North Cornwall Cemetery.