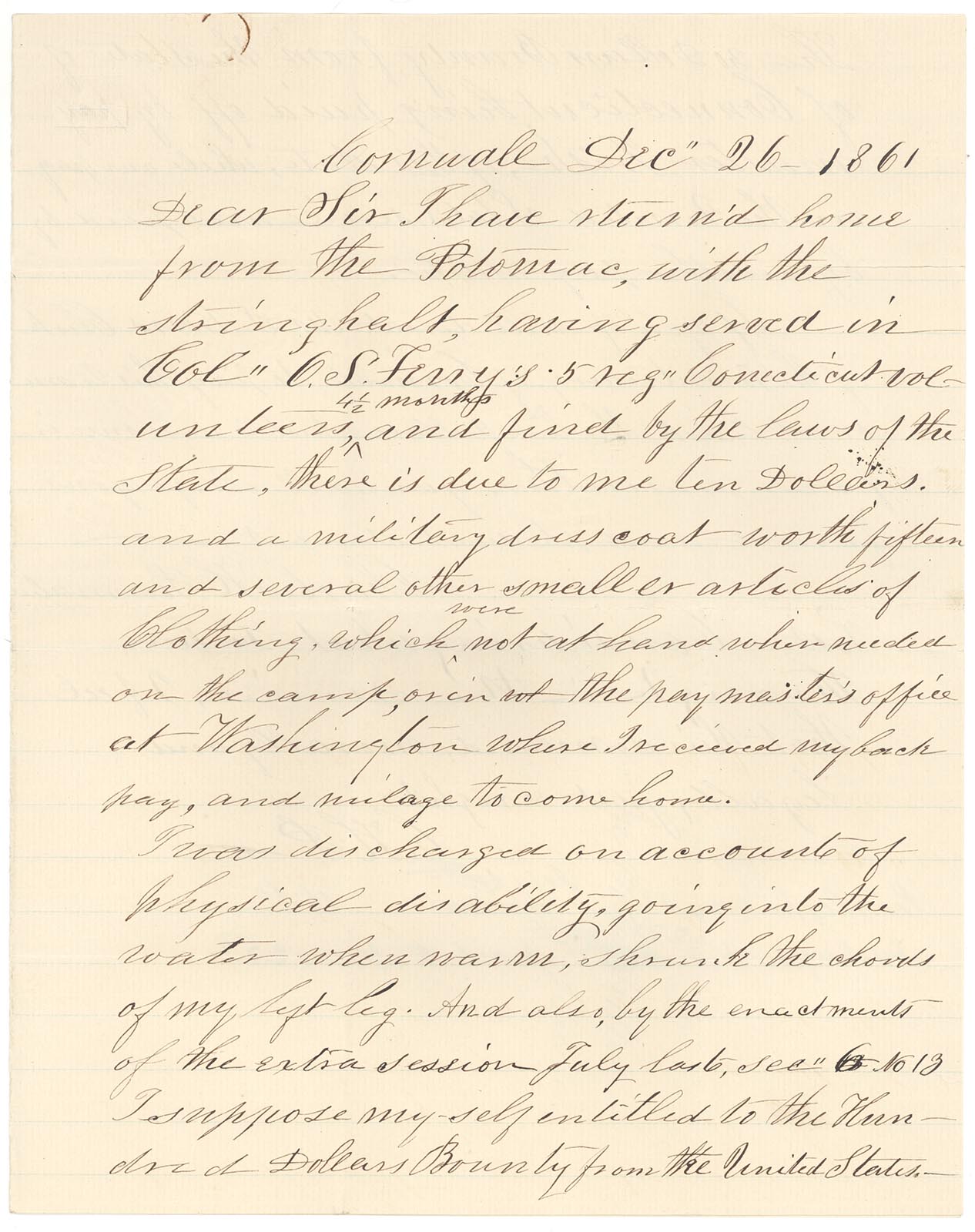 Charles Parmalee (also spelled Parmelee and Parmlee) enlisted with the 5th C.V.I. on July 4, 1861. He received a disability discharge on November 28, 1861 and returned home to Cornwall. A letter written by Parmalee to the State Comptroller on December 26 details his disability and efforts to receive payment for his brief service:

Cornwall Dec 26, 1861
Dear Sir I have rturn’d home from the Potomac, with the stringhalt, having served in Col. O. S. Terry’s 5 reg Connecticut volunteers 4 1/2 months and find by the laws of the State, there is due to me ten Dollars and a military dress coat worth fifteen and several other smaller articles of Clothing, which were not at hand when needed on the camp, or in … the paymaster’s office at Washington where I received my back pay, and milage to come home.
I was discharged on account of physical disability, going into the water when warm, shrunk the chords of my left leg. And also, by the enactments of the extra session July last, sec 6 No 13 I suppose myself entitled to the Hundred Dollars Bounty from the United States. The 30 Dollars Bounty from the State of Connecticut being paid off by paymaster Irish, of this state; while our pay in the United States service was paid by another pay-master.
If you … will direct Mr S. Beers Clerk of the Town treasury, of Cornwall to pay this to me or at least the ten Dollars which is due once in four months, you will oblige your friend and obedient servant,
Charles H. Parmalee
Post–Considering what I’ve been through in the service, I feel that this demand morally and legally just & right.
C.H.P.

A pencilled note at the bottom of the letter indicates that Parmalee received pay of $10.00 for 4 months’ service. 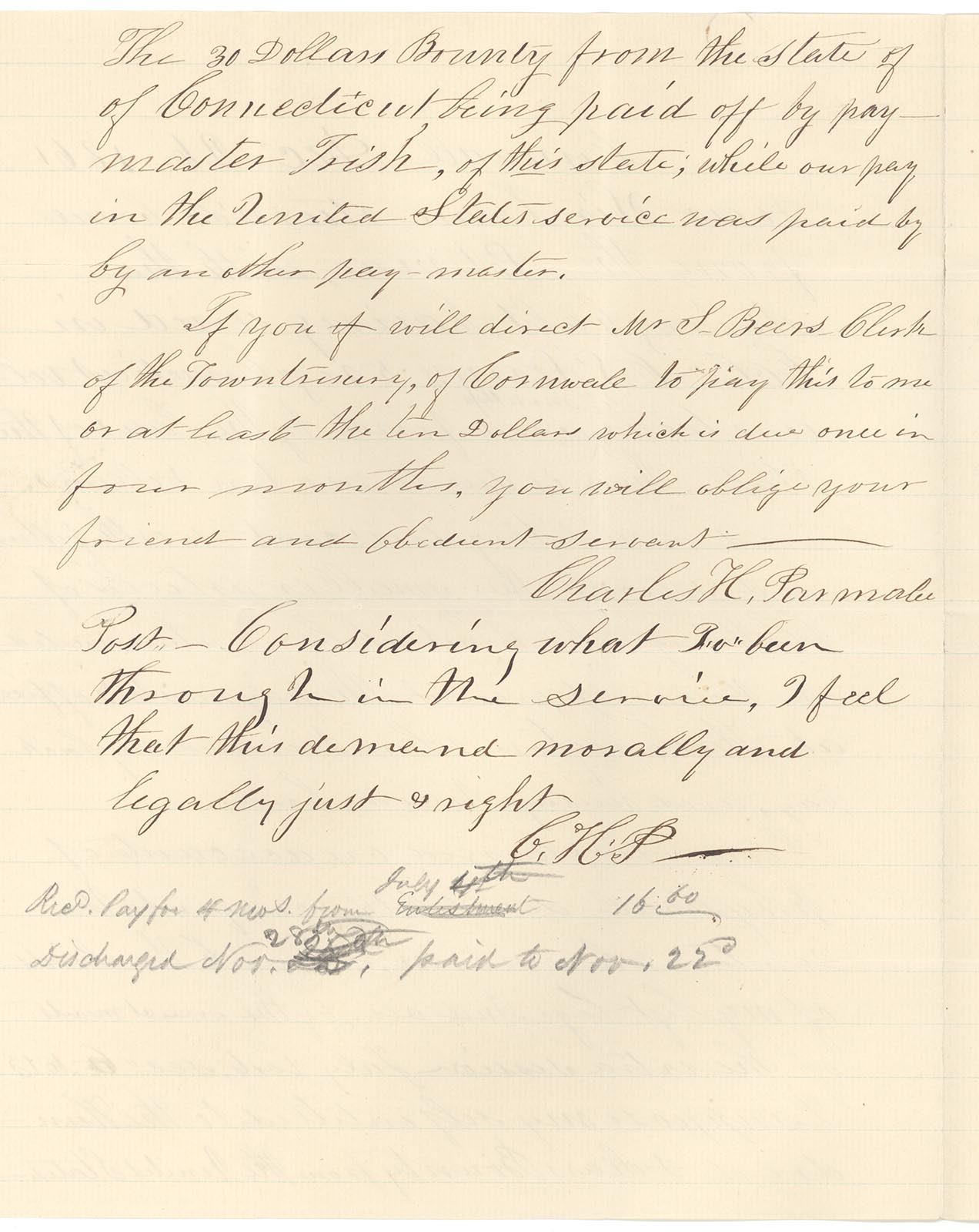