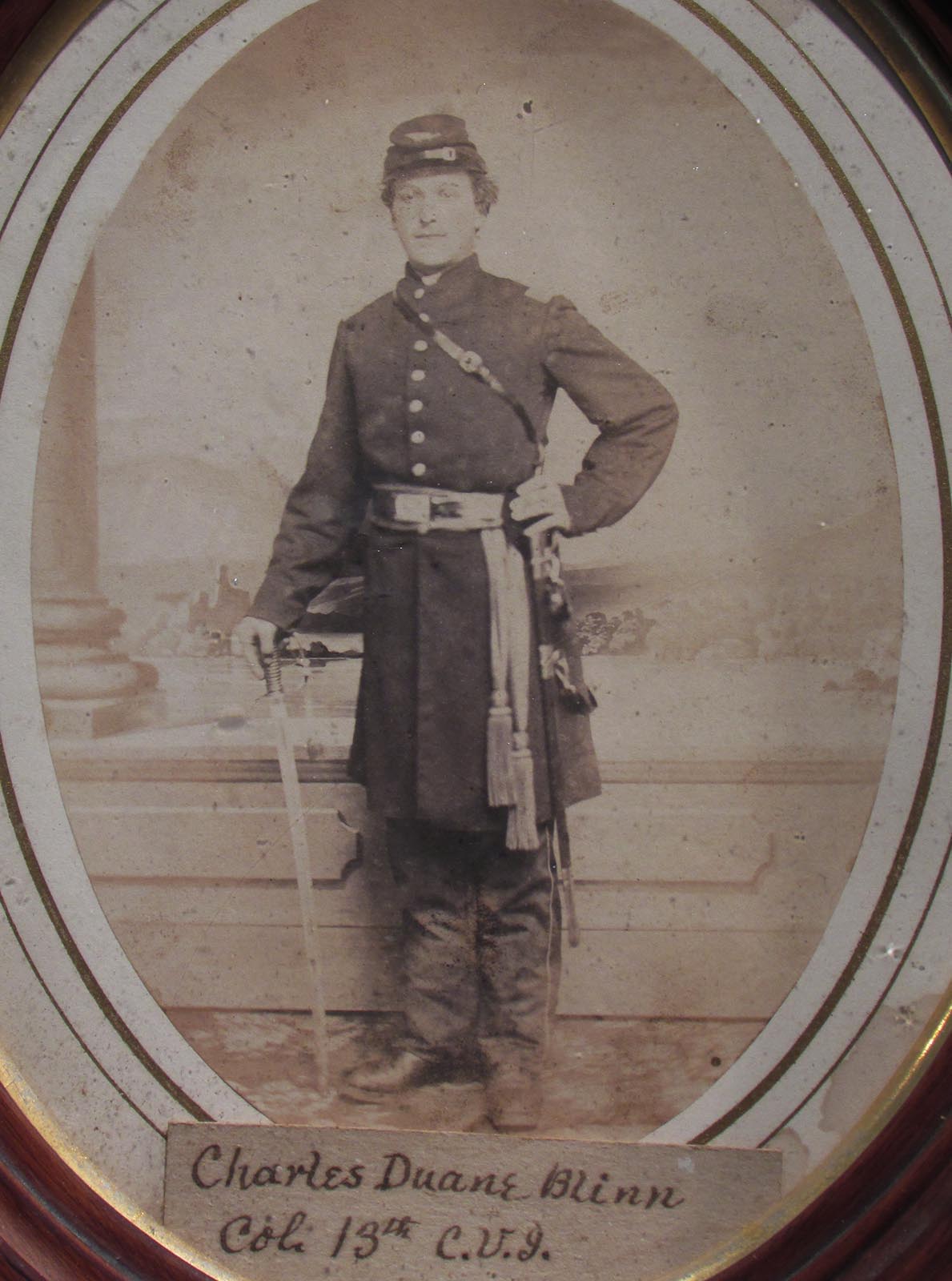 Charles Duane Blinn was working as a clerk in West Cornwall when the war started. He and his uncle, Isaac F. Nettleton, were inspired to form a regiment in Litchfield County. Blinn and Nettleton sought advice from Samuel W. Gold, founder of the Cream Hill Agricultural Institute. Gold sent a letter of recommendation on their behalf to Governor Buckingham and, on October 26, 1861, Blinn and Nettleton traveled to Hartford with Gold’s son, Theodore S. Gold, to receive their papers authorizing them to begin recruiting for what was to become Company C of the 13th Connecticut Volunteer Infantry.

Isaac Nettleton was the regiment’s first officer to die, succumbing to disease at New Orleans in September 1862. Blinn fared better, and was promoted to full Colonel on November 5, 1863, becoming Connecticut’s youngest Colonel at that time. According to family history, Governor Buckingham referred to Blinn as his “boy Colonel.” After the war, Blinn moved to New Milford, where he joined a dry goods firm. He retired due to health issues at the age of 40.