Born in 1901, Caroline Whitney Barsky was the daughter of a New York Supreme Court judge and a suffragette. The Whitneys were part-time residents of Cornwall, although Caroline’s brothers were here year-round as students at Rumsey Hall.

Caroline made headlines in 1922, when she became the first woman to turn down her acceptance into the Phi Beta Kappa society. A senior at Vassar College, Caroline declared that being a member of the society was inappropriate for her chosen career in economic studies.

After earning her Ph.D. from Columbia University, Caroline was hired to study New York City’s milk market. She discovered that rising consumers costs had made certain staples too expensive for the city’s poorer families. While the price of milk rose, dairy farmers saw their payments decrease—while the milk distributers enjoyed expanding profit margins. Horrified, Caroline helped form a consumers’ cooperative to fight the “Milk Trust,” lower the price of milk, and increase the amount paid to the farmers.

Her final work, What Price Milk?, was published posthumously. It outlined milk production and distribution as related to “milk control legislation and monopolistic distribution practices.”

Although married to George Barsky, Caroline was always referred to as Dr. Whitney. The first woman to keep her maiden name after marriage was Lucy Stone in the 1850s. It remained a controversial choice for women until the late 1900s. 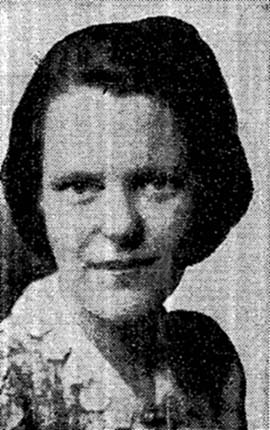