While the abolition movement is normally associated with the South and the Civil War, its roots date to the 1700s and its first victories were in Northern states. In Connecticut, religious leaders were among the most outspoken abolitionists, demanding an immediate end to slavery. Other anti-slavery leaders proposed a gradual end to slavery, citing the property rights of slave owners and the presumed inability of the enslaved to become self-sufficient after a lifetime spent in servitude. In 1780, Pennsylvania became the first state to establish a law for the gradual abolition of slavery. In 1784, Connecticut passed a similar law, declaring that any enslaved person born after March 1, 1784 would be free upon reaching the age of 25. The age of freedom was lowered to 21 in 1792. The last person to be held as a slave in Connecticut was freed in 1848.

In Cornwall, a woman named Peg, who was enslaved by the town’s Congregational minister, Rev. Hezekiah Gold, and subsequently by his son, Joseph Wakeman Gold, gained her freedom in 1792. Although she was too old to qualify for freedom under the Gradual Emancipation law, having been born about 1760, Peg was nevertheless able to persuade Gold and the Town of Cornwall to grant her freedom. One week after becoming free, Peg married a Litchfield man, Caesar Barber. Joseph Wakeman Gold left Cornwall in 1796, moving to the town of Pompey, NY, where he continued to keep at least one person, a man named Prince, enslaved in his household. 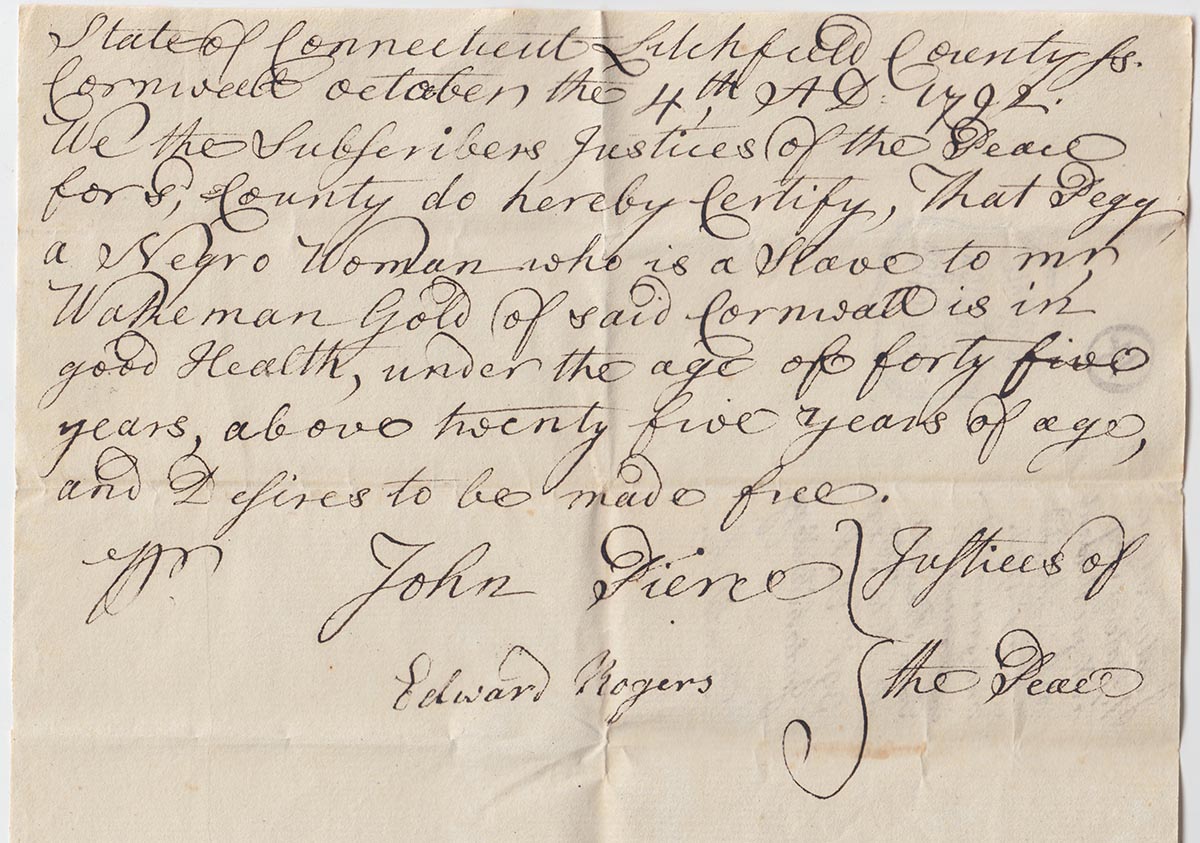 After the gradual emancipation system for abolishing slavery in Connecticut was established, concerned citizens began to focus their attention on slavery in Southern states. The South Cornwall Chapter of the American Anti-Slavery Society was formed in January 1837 with forty members. The chapter’s Secretary was Ezekiel Birdseye (1796-1861), the son of former slave owner Ebenezer Birdseye. Ezekiel Birdseye traveled regularly for his various business ventures, living periodically in South Carolina, Alabama, and Tennessee. Although closely associated with southern states, Ezekiel considered Cornwall to be his home. After joining the Anti-Slavery Society, Ezekiel Birdseye began sending eye-witness accounts of the atrocities of slavery to anti-slavery magazines and newspapers. 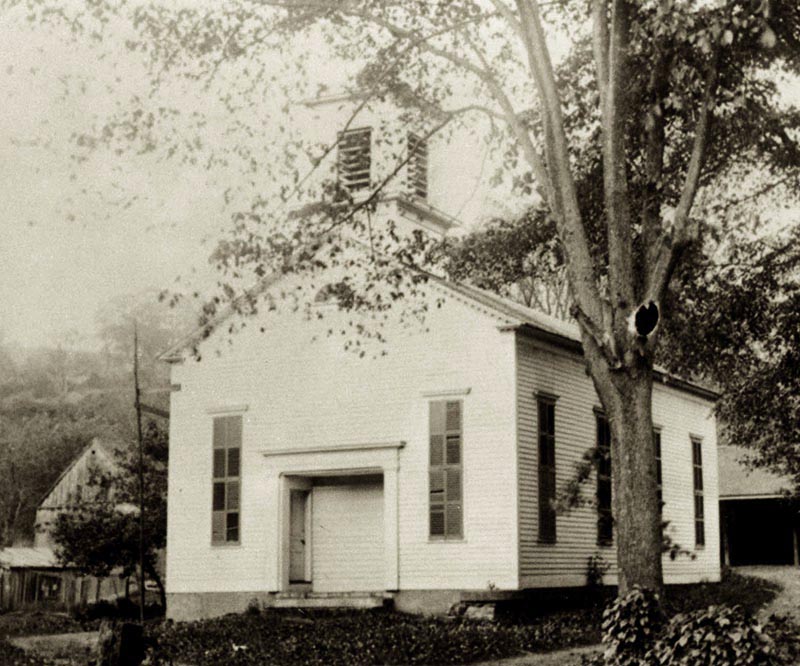 The following day, Kelley and the local abolitionists met at the Methodist Church. The meeting was again disrupted by the charcoal manufacturer, who allegedly declared “The first person who speaks for the nigger shall have the full charge of this gun.” The meeting moved again, this time to the privacy of a nearby home.